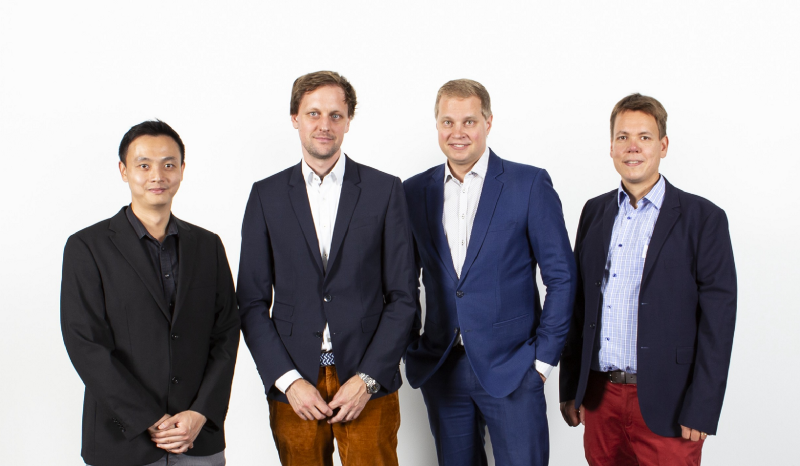 The company, a spin-out from Aalto University and VTT Technical Research Centre of Finland, aims to not only speed up the development of quantum computing but also to ensure that Europe has a competitive offer.

“It is very important for Europe to be at the forefront of quantum computing as this is a technology that will change the world,” says IQM CEO Jan Goetz, a quantum physicist.

That may sound like hype but computing experts agree that quantum computers could lead to radical advances in medicine and material science. They also promise to be able to handle large optimization issues, such as simultaneously charting the best route for every autonomous vehicle in a city, a puzzle that would be too tough for normal computers. Already financial-services companies and corporations manufacturing everything from cars to airplanes are starting to test quantum computing. (See The Innovator’s May 2018 story What Every Executive Should Know About Quantum Computing)

Computers today process information using bits, either zeros or ones, stored in electrical circuits made up of transistors. Quantum computers harness the power of quantum states such as those of atoms or superconducting circuits. These systems can simultaneously exist in multiple classical states and can be used as “quantum bits” or “qubits,” which can handle far more complex calculations. But major limitations must still be overcome. The information in qubits only exists for brief periods of time before decaying and losing the ability to process quantum data. Researchers need to extend those lifespans while also figuring out how to get a much larger number of qubits to work in unison. Getting there requires hardware systems that are finely tuned to keep the fragile qubits stable, yet are robust, practical and cost effective.

That is where IQM comes in. In today’s system, the time it takes to reset the qubits to zero is too long, explains Mikko Möttönen, IQM’s Chief Scientist and Professor of Quantum Technology at Aalto University and VTT. To crunch numbers accurately and quickly quantum bits need to be not only well isolated from the environment but also chilled at will. IQM has invented what it calls a « quantum-circuit refrigerator » that quickly initializes the quantum memory, » says Möttönen.

IQM’s breakthrough is significant because « we are about to witness a surge in quantum software players but the main bottleneck to quantum computing today is still hardware, » says Ekatrina Almasque, an IQM board member and partner at OpenOcean, which participated in a $13 million investment into the company last July. While pioneers in quantum computing such as IBM and D-Wave Systems provide software companies with cloud access to their data centres for early testing of narrow use cases, the cost of using these machines in a commercial environment remains prohibitive. « What we need is some hardware that works and that costs less so that we have enough qubits to solve real problems like drug discovery, » says Almasque. « IQM has a very unique IP that allows to make quantum processors of much better quality, which means you need fewer physical qubits to build powerful quantum computers quite quickly. »

The company is interested in partnerships and licensing deals with software companies and, in parellel, working with pan-European research projects to help Europe build a competitive quantum computing based cloud offering that respects data privacy, Almasque said.

While commercial use of quantum computers is estimated to still be five to ten years away, the technology is getting lots of buzz. In October Google and NASA announced that they have achieved ‘quantum supremacy’, i.e. the ability of quantum computers to perform certain tasks that a classical computer simply cannot do in a reasonable timeframe. They claimed that their quantum computer solved a problem in 200 seconds that would take the world’s fastest supercomputer 10,000 years. The problem that was solved was without any practical merits or implications, Andreas Baumhoff, Vice President Quantum Technologies, QuintessenceLabs, notes in an October 29th article published by The World Economic Forum. But, he says, the Google experiment demonstrates the huge potential quantum computers have and the ability to unlock that potential in the coming years.

In a May 2019 study Boston Consulting Group says it expects productivity gains by end users of quantum computing, in the form of both cost savings and revenue opportunities, to surpass $450 billion annually within the next couple of decades. The report says gains will accrue first to firms in industries with complex simulation and optimization requirements. « It will be a slow build for the next few years: we anticipate value for end users in these sectors to reach a relatively modest $2 billion to $5 billion by 2024, » says the report. « But value will then increase rapidly as the technology and its commercial viability mature. Quantum computing is a candidate for a precipitous breakthrough that may come at any time. Companies that have invested to integrate quantum computing into the workflow are far more likely to be in a position to capitalize — and the leads they open will be difficult for others to close. »

The report urges established companies to start testing the technology now. « Since quantum computing is a step-change technology with substantial barriers to adoption, » says the report, » early movers will seize a large share of the total value, as laggards struggle with integration, talent, and IP. »