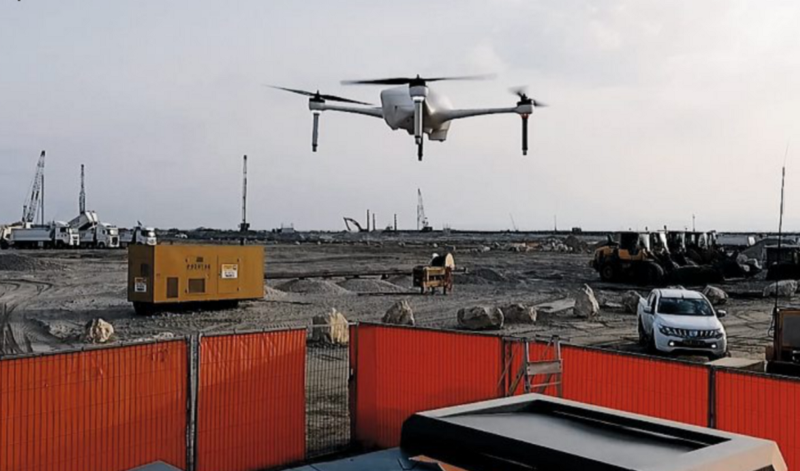 Wide-scale deployment of commercial drones is being constrained by outdated aviation rules. A new effort led by the World Economic Forum aims to help regulators take an innovative approach to managing aerial traffic.

The Chinese e-commerce giant JD.com has a network of 40 drones that have made more than 20,000 deliveries of small items such as food or smartphones to remote areas around the country. The economics are compelling: It’s six to seven times as expensive for the company to send similar products by truck. Yet even in a country as highly centralized as China, the regulatory environment for drones is limiting. JD.com only operates the service in a handful of provinces where it has gotten permission from local governments while waiting for national rules.

“If there were uniform standards, we could be operating in more provinces,” says Josh Gartner, JD.com’s vice president of communication and corporate affairs. JD.com is not alone. Across the globe businesses are eager to put drones to work. So are humanitarian agencies who are using them to deliver supplies, medicines and for disaster relief. But these efforts are being constrained as governments struggle to craft a regulatory framework that enables a wider range of uses while maintaining order in the skies.

Enter the World Economic Forum, which this summer launched the Drone Innovators Network. The goal is to gather aviation regulators from around the world to share lessons, data, and policies to accelerate the adoption of rules which lead to more rapid drone deployment. “We want the policy innovation to keep pace with the technology transformation,” says Timothy Reuter, project head for the Forum’s Drones and Tomorrow’s Airspace program, based at the Forum’s Center for The Fourth Industrial Revolution in San Francisco. “Drones are already delivering critical medical supplies and saving lives. But the pace at which society is able to take advantage of these technologies is hindered by outdated regulations.” China has become ground-zero of the push for wider deployment, with such homegrown drone manufacturers as Yuneec, FlyPro and Ehang raising a combined total of almost $147 million since 2014. No company better represents this explosive market than Shenzhen-based DJI. Started in a college dorm over a decade ago, the company is now the world’s biggest manufacturer of civilian and commercial drones. DJI has raised $105 million in venture capital, has 12,000 employees, and is widely acknowledged as the commercial drone market leader. DJI’s multi-rotor drones are known for their stability and hovering ability, which makes them attractive for monitoring and data gathering across industries such as farming, security, utilities and construction. According to Christian Struwe, DJI’s Head of Public Policy in Europe,thosemarketsofferplentyofopportunitiesintheshort-term. Butthey still represent just a fraction of what drones could do if the right regulatory frameworks were in place. Most countries still have no clear rules for drone deployment. Those that have rules often limit commercial use to sparsely populated areas where they are unlikely to encounter other drones or people. A key regulatory issue is whether to allow drones to fly beyond the visual line of sight, known as “BVLOS.” Currently, such operations are blocked in all but a handful of countries. Delair, a drone company based in Toulouse, France, is feeling the pinch of the BVLOS restrictions. Founded in 2011, the company, which was recently named a 2018 World Economic Forum Technology Pioneer, has raised $14.5 million in venture capital for its fixed-wing drones, which have BVLOS capability.

The company serves industries such as construction, mining, security, and agriculture with its drones, its data gathering and analysis platform, and an advisory service designed to help companies better understand drones’ potential. In Africa, where less than 30% of the continent is properly mapped, the company is looking to help national governments more accurately map their regions to assist with property ownership issues and tax collections. Closer to home, the company is working with the French energy company EDF to use drones for inspecting energy towers, replacing the costly use of helicopters, or the dangerous and laborious task of a human scaling those edifices. In both cases, while drones offer advantages in the short term, due to restrictive regulations a human still has to get into a truck, move to a new spot, and re- deploy the drone. It’s the ability to fly a drone far out of sight where the real dramatic cost savings and data gathering could happen, says Delair.

The traditional rules of the skies only allow aircraft that are completely safe for humans, both in the air and on the ground. That singular focus on absolute safety has created a slow, deliberate aviation rulemaking culture that tends to apply regulations equally to any vehicle in the air. The Forum and the drone industry are advocating for a more flexible approach, one they dub “performance- based.” Rather than primarily worrying about the possibility of a crash, they would like to see regulators make a more complex performance-based assessment, an approach that asks whether the benefits outweigh the risks.

That was essentially the approach the government of Rwanda took when it partnered with the Silicon-Valley based company Zipline in 2016 to pioneer the use of drones to deliver essential supplies to rural hospitals. While flying unmanned drones beyond the line of sight posed some risks, the benefit was deemed to be worth it. Since then, over 3,000 deliveries, including the timely provision of blood to hemorrhaging mothers during childbirth, have been made by drone.

Using those deliveries as a starting point, regulators can now use the data gathered on the performance of drones to influence additional rulemaking. The hope is that this kind of performance-based approach will allow both regulators and operators to more quickly open up airspace to more operators and applications, thereby spurring business development and aiding programs with social impact. “Indeed, it now might be possible for operators to deliver more than just blood in Rwanda — farmers will be able to deliver flowers into logistics hubs, remote locations will be landing zones to help the fight against poachers, and new types of drones and control mechanisms will reinvent the very concept of what flight requires,” says Harrison Wolf, Project Lead, Drones, Center for the Fourth Industrial Revolution.

The approach taken in Rwanda is now being shared with regulators around the world through the broader Forum initiative announced in June at the start of an international drone congress in Switzerland. Switzerland is also playing a pioneering role in tackling drone regulations. As a result of the Swiss government’s active engagement with the drone industry, Switzerland is home to 80 drone-related companies who are benefiting from the work being done by the country’s Federal Office of Civil Aviation or FOCA. Drones are already being used for such tasks as transporting agricultural goods and medicine and for security applications in Switzerland. For example, in 2017 Swiss Post launched a limited commercial delivery service in the city of Lugano to carry lab samples to hospitals. The country has also developed something called “U-Space,” a testing area to demonstrate the ability of large clusters of drones to operate in lower airspace. And it’s even tasked a government agency called Presence Switzerland to launch a global roadshow called: “Switzerland — Home of the Drone.”

Countries that don’t move fast enough to accelerate drone rulemaking could find themselves at a disadvantage economically, says Reuter. For example, Airobotics, an Israeli company that has raised $71 million in venture capital to build autonomous drones, is helping mining companies in the U.S., Israel, Australia and Chile improve productivity by 25%. says CEO and co-founder Ran Krauss.

Without the need for human intervention, the drones can fly continuously, eliminating the need for fixed surveillance and monitoring while also generating far more data to improve mining efficiency. The company says one of the reasons it chose those markets is because regulators in those countries are moving ahead more quickly. The Forum hopes its initiative will help more countries embrace innovative drone regulation. If the approach takes off the skies may no longer be the limit.