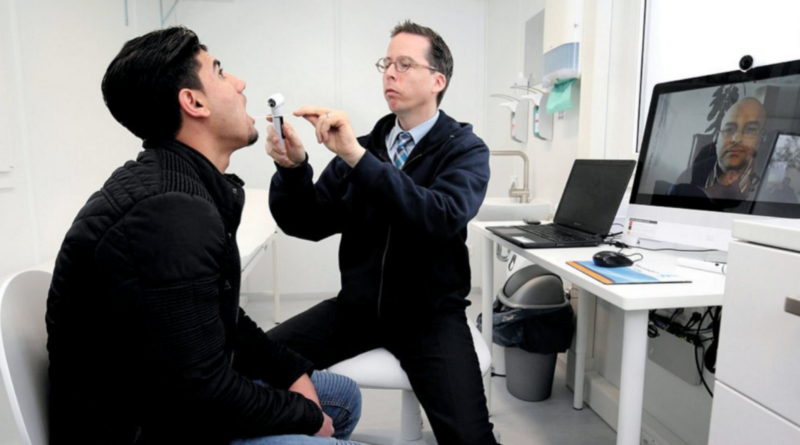 — The Bayer Foundations are funding projects that aim to solve the problems of millions or even billions of people.

While entrepreneurs are credited with changing the world, they sometimes do it with the help of big corporates who have been pioneering social progress since long before the Internet was invented. The Bayer Foundations, an arm of Bayer, the German global life sciences company that focuses on the health care and agriculture sectors, has been funding health, nutrition and education since 1897, when Friedrich Bayer Junior created the framework for Bayer’s first activities as a foundation.

Today the foundation sets aside a total of $15 million a year to fund start-ups and projects aimed at social good. Representatives of the foundation attend technology conferences to seek out and inspire entrepreneurs ready to work on globally impactful problems.

Companies can do well by doing good, but Thimo Schmitt-Lord, the Bayer Foundations’ CEO, tells them, “if you want to be a startup billionaire, you have to solve a billion peoples’ problems.” For the Bayer Foundations that means focusing on issues like health and sanitation. The challenges are huge. “I don’t have to tell you that the global health care system is broken — completely and utterly broken!” Eugene Borukhovich, Bayer’s global head of digital health and innovation, wrote in an essay for a Bayer Foundations publication. “Incentive systems across the supply chain are fractured, with a complete lack of focus on humans and an ICD code for billing instead.” What is needed, he says, is to move the focus back to serving humanity and to innovating in areas where there is a lack of resources and access. For example, breast cancer is the most common invasive cancer in women. Survival depends on early detection, but since mammagrams are expensive, 70% of breast cancer deaths occur in disadvantaged areas. India leads the breast cancer mortality statistics because mammographies are not affordable for most women, so early breast cancer screening is almost non-existent.That’s why the Bayer Foundations says it chose to fund a project developed by medical device entrepreneurs at UE Life Sciences called iBreastExam, a handheld sensor for the detection of breast lesions. Using patented tactile sensor technology, the device can be operated by community health workers with only minimal training — at a low cost — for the early detention of breast cancer in all types of settings.

The Refugee First Response Center, another of some 17 health projects funded by the foundation, is targeting the estimated 65 million refugees currently seeking shelter, safety and medical aid. Harald Neidhardt, CEO of the innovation agency and conference organizer MLOVE; and Mirko Bass, technology evangelist at Cisco, developed a mobile health clinic in a converted shipping container that provides ad-hoc video translations services to connect doctors and patients with more than 750 live interpreters who are fluent in more than 50 languages. That project is now a catalyst for a new venture called the Promise Hub.

Toilets of the Future

Sanitation is another area primed for disruption. According to the World Health Organization (WHO), some 2.4 billion people around the world still lack access to decent sanitation facilities. The typical approach for an on-site, off-grid sanitation solution without water is still based on the latrine concept, which is more than 2,000 years old. Although the WHO considers this simple toilet to be an improvement over open defecation, it introduces other problems. The storage and removal of waste from latrines can easily transfer the bacteria, viruses and parasites found in human excrement to water, soil and food.

Contamination is one of the major causes of diarrhea, which is the second biggest killer of children in developing countries and also leads to other serious diseases. To solve the problem, a German entrepreneur working for 3P Technik Filtersysteme came up with a sun-powered toilet for remote areas in hot regions. Human waste is dried and reduced using the heat of the sun. The toilets require a one-time investment with no future costs. Today they are made in Germany but in the future could be produced locally with local materials.

While all of these most recent health projects were created by entrepreneurs, none were launched by startups from the tech community. “This is part of the problem,” says Marc Buckley, a juror and open innovation advisor to the Bayer Foundations. “The Bayer Cares Foundation wants to see more impactful global solutions and we want the disrupters of current models to come in to share their startup for the good of the planet and people.” While the Bayer Foundations have had a strong focus on health projects, the scope is being widened to include startups targeting the agriculture, food and beverage industries. Buckley is also on the the EAT and World Business Council for Sustainable Development’s Food Reform for Sustainability and Health (FReSH) Innovation Hub Task Group, which is also looking for agriculture, food and beverage innovations that will reform the food system and steer the industry into a sustainable direction. The launch of the Hub is planned during the World Economic Forum Annual Meeting, which runs January 23rd to 26th.