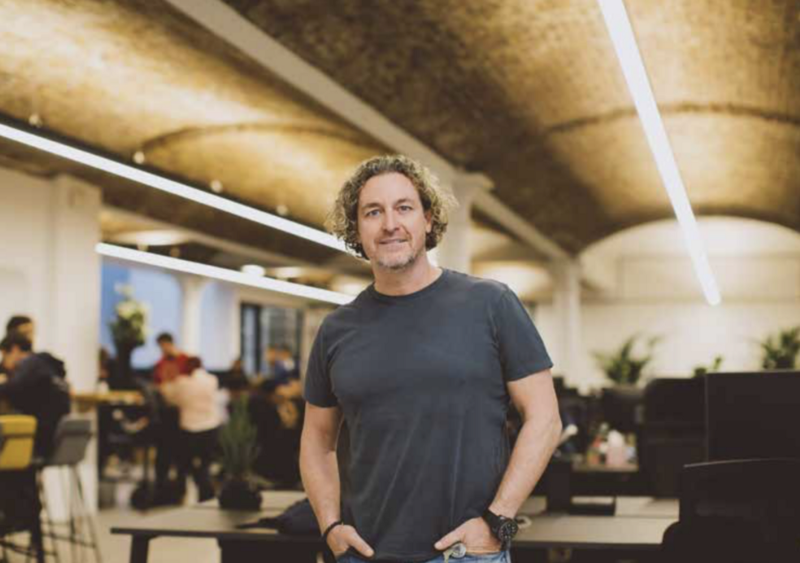 Today there are an estimated 9,000 untreated diseases and 300 million people suffer from rare diseases with little hope of effective or life-saving treatment.

Even in an age of unprecedented technological advancement, developing a new drug costs big drug companies an average of €2.5 billion, takes 10 to 15 years, and more than 95% of efforts fail.

BenevolentAI, a 2018 World Economic Forum Pioneer, believes it has a cure: using artificial intelligence and machine learning to look at massive amounts of data to bring new insights into diseases and how we think about treating them.

The London-based startup has developed a platform of computational and experimental technologies and processes that can draw on vast quantities of biomedical data to advance the entire drug development process. The platform is built by scientists, researchers and technologists working side-by-side.

The company says its strength comes from this integrated, end-to-end approach.

“In order to develop effective cures we need to define diseases and to do that we need to understand the underlying biology,” says Ken Mulvany, the company’s chairman. “The human system is a biological machine and if we miss some small aspect we may be missing the big picture.”

It is necessary to know the molecular basis for a disease in patients to pre-determine who within a patient population is most likely to respond to treatment. Anticipating the best responders for specific drug treatments ahead of clinical trials is a fundamental shift in approach, says the company. It is developing new machine learning methods to understand patient endotypes, a subtype of a condition, which is defined by a distinct functional or pathobiological mechanism, an approach it hopes will fundamentally change the ability to intervene in diseases at the right time.

The company has found that successful AI-enabled molecular design programs need the full context of target, mechanism and patient endotype. “Even the safest molecule in the world will do nothing to treat disease if it hits the wrong target,” says Mulvany. The company’s interdisciplinary teams work in fast, experimental cycles, building on new and existing experimental data from all stages of drug development, to ensure a drug has the greatest chance of efficacy in patients.

BenevolentAI is using its AI platform to leverage research and generate hypotheses that have a higher likelihood of being correct.

Even the most motivated researchers only read between 250 to 400 research papers each year, but some 10,000 new medical research papers are published every single day, notes Mulvany.

Mulvany first began to think about the knowledge issue at his previous company, Proximagen. He was CEO when the biotech company was sold to Upsher-Smith Laboratories in 2012 for about $350 million. He says he realized then that the drug development process typically takes a long time and has a high failure rate because the path toward drug discovery remains a human-driven one, based on experience and intuition.

“One of the biggest fundamental issues we have is just the amount of information that is being generated in our space,” says Mulvany. “Only a tiny fraction of that information is being used to understand the human body.”

After leaving Proximagen, Mulvany launched BenevolentAI to find a more effective and efficient route toward developing new pharmaceuticals and began recruiting developers who could build a platform and write algorithms that could accurately and speedily analyze massive amounts of research to create better hypotheses.

“We’re a hybrid organization,” Mulvany says. “It looks like a biotech or pharma company. We have everything you need to develop your own pharmaceuticals. It’s just that the ideas are coming from a machine brain rather than a human brain.”

The company’s AI technology is being used to develop treatments to unmet patients’ needs across a wide range of diseases, including Motor Neuron Disease, Parkinson’s Disease, Glioblastoma and Sarcopenia.

In addition to speeding up the front-end of discovery, the company also wants to find ways to accelerate clinical trials and regulatory approvals by making those processes more efficient. To that end it acquired R&D space at the Babraham Research Campus in Cambridge, England in 2018 to allow it to do more late-stage clinical testing.

In April of last year the company raised $115 million in investment capital from new and existing investors, giving it a valuation over $2 billion. And last May, BenevolentAI announced a new CEO: Joanna Shields, a former U.K. Minister for Internet Security and Safety who previously worked at both Google and Facebook.

The winning formula for discovering new drugs will not come from incumbent pharmaceutical companies, says Mulvany. “Biological scientists do not know what is impossible and computer scientists can do amazing things but don’t have domain knowledge. Bring the two sides together on the same squad and therein lies the opportunity,” he says.