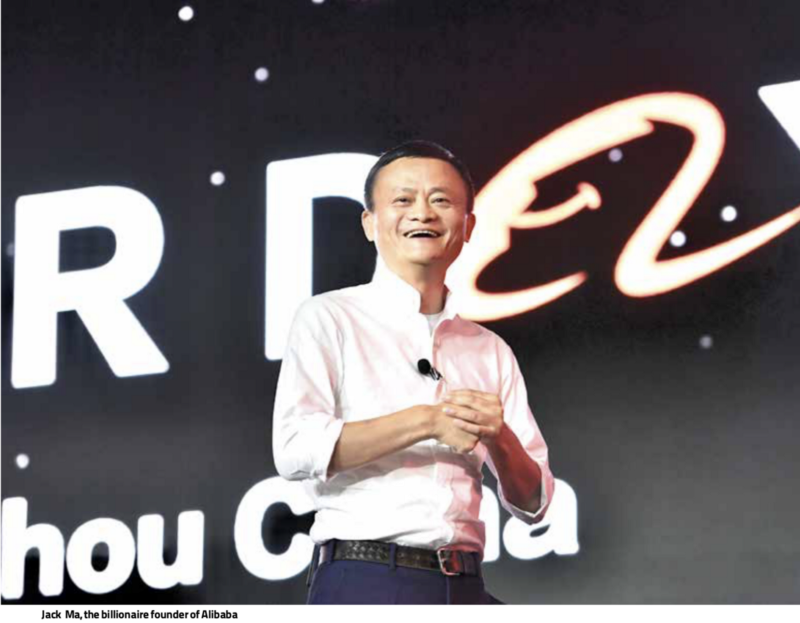 One of the biggest benefits of the digital platform business model is the so-called network effect which occurs when a company’s product or service becomes more valuable as usage increases. And China’s Alibaba, the country’s largest ecommerce provider-which is also active in cloud computing, online-to-offline retail, financing services and smart logistics services — is a perfect case study.

It is one of the most powerful platforms in the world.

The company began life in 1999 as an e-commerce provider. Its business mushroomed, giving it a valuation of $21.8 billion when it went public in 2014. That was only the beginning. Alipay, the payments business it created to help it establish trust between clients on its network, was spun-off into a new stand-alone business, Ant Financial, which is now ranked as one of the most valuable financial services businesses in the world and a powerful platform in its own right. Alibaba’s e-commerce business has continued growing : it recently broke its own record by racking up $30.8 billion sales in one 24 hour period during China’s Singles Day, an annual November 11 Chinese shopping spree. It is also breathing new life into China’s physical stores, including supermarkets, malls and Mom and Pop shops, one illustration of Alibaba’s New Retail model. To that end, Alibaba has invested more than $9 billion in brick and mortar stores since 2015. It is also extending its reach by providing technology services to its clients, becoming the go-to-provider for AI nervous systems for smart cities in China, and it is helping to digitalize the global supply chain, facilitating trade for small and medium-sized businesses (SMES) .

« Alibaba’s stated mission — it’s ‘massive transformational purpose’ — is to make it easy to do business anywhere. It can only achieve this by leveraging others, orchestrating an ecosystem of many different parties to serve unmet market needs,” says Simon Torrance, an independent advisor to boards on business model innovation and a member of the World Economic Forum’s Digital Platforms & Ecosystems executive working group. « This new type of business model — using platform thinking to enable it — is what has catapaulted its growth. Alibaba said it was creating an ecosystem over 100 times in its IPO prospectus in 2014. It understands what this really means in practice in ways that 98% of leaders of traditional businesses do not.”

In early December Alibaba announced that it was extending its electronic world trade platform (eWTP) initiative, which seeks to lower barriers to global trade for small and medium-sized enterprises (SMEs), to Europe.

The eWTP was conceived by Ma, currently Alibaba’s executive chairman, in 2016 as an electronic Silk Road that would give SMEs the ability to sell anywhere in the world. It already operates in Malaysia and Rwanda. The benefits of using eWTP hubs include speedy customs clearance, logistics support and minimal tariffs.

Some 98% of European companies being small to medium businesses, Alibaba chief executive Daniel Zhang said in a statement the move « signifies our initial and expanded effort to enhance inclusive trade opportunities for these businesses in Belgium and across Europe. »

As part of that initiative, Alibaba-owned Cainiao Smart Logistics Network signed a contract with Belgium’s Liege Airport to lease a 220,000-square metre site where the Chinese company will build a smart logistics hub. Alibaba estimated the project will entail an initial investment of €75 million euros with the first phase of operations expected to start in 2021.

The Liege smart hub will allow products to be shipped anywhere in the world within 72 hours, an important ingredient for success for both buyers and sellers. « We see ourselves as a technology company that uses data in cooperation with our partners to improve the consumer experience, » says Terry von Bibra, General Manager, Europe, Alibaba Group.

Alibaba benefits not just from additional revenues but also from collecting insights.

« We are a platform business that include B2B, B2C, and B2B2C» says von Bibra. « The way our platforms are built are ideally virtuous circles, the more you put in the stronger you get. The more participants the better. Data is the new fuel, making our ecosystem more and more efficient and more and more valuable. »

Alibaba doesn’t think in terms of online or offline, von Bibra says. In China it is helping offline shops to connect to the network. « We are taking an approach that might seem hugely inefficient and making it offline and online agnostic. » he says. «The eWTP hub is part of the same approach. Getting a package from one place to another and making it affordable requires a level of scale. So how do we involve other companies like sellers and logistics providers ? We give them a platform. »

Platforms enable much smaller enterprises to participate in global trade without investing in their own supply chains. Alibaba enables a significant portion of SME trade and has moved to financing these SMEs in China, notes business author and platform specialist Sangeet Paul Choudary, another member of the World Economic Forum’s Digital Platforms & Ecosystems executive working group

Platforms that facilitate interactions and capture data will have an increasingly larger role to play in the future of global trade, Choudary says in a blog posting. « As these platforms get bigger and benefit from winner-take-all scenarios, we may see control points over trade shifting from political countries to digital platforms, » he says «Make no mistake: The rise of platform-led trade is one of the defining shifts of our times. »