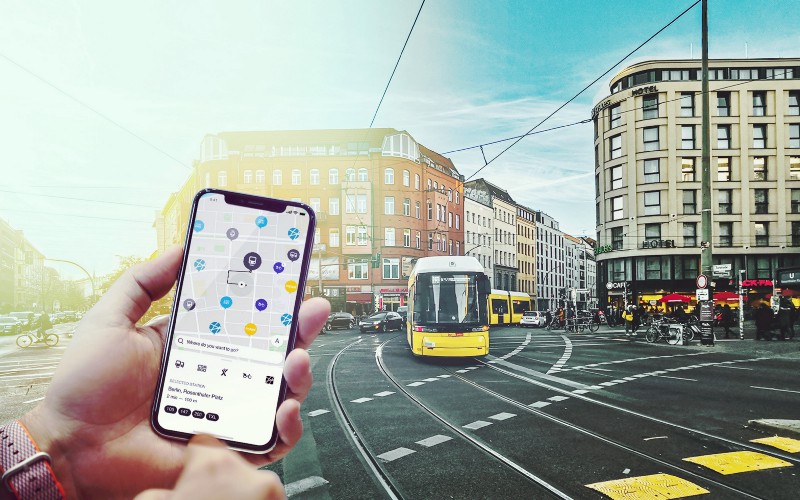 Europe’s car makers are shifting from selling and servicing vehicles to becoming mobility players that can offer a multiple ways of transporting people and goods.

To that end, German auto makers BMW and Daimler announced earlier this year that they are pooling their resources in a joint mobility effort called NOW that spans autonomous cars, ride-hailing, electric scooters, car-sharing, and electric car charging.

“We have a clear vision: these five services will merge ever more closely to form a single mobility service portfolio with an all-electric, self-driving fleet of vehicles that charge and park autonomously and interconnect with the other modes of transport,” Harald Krüger, Management Board Chairman of BMW said during the new venture’s launch.

The German auto makers said they plan to spend €1.1 billion on the joint venture.

While that might sound like a lot, it is only a fraction of what is needed to remain competitive.

In an April 2019 report McKinsey estimates that securing a strong position across the four new mobility growth areas — autonomous driving, connected cars, electrified vehicles, and smart mobility — would cost a single player an estimated $70 billion through 2030.

« It’s doubtful any individual OEM could shoulder this level of investment alone, which is why partnerships and targeted acquisitions offer an attractive strategy for staying ahead of competitors, » the report says.

It explains why Daimler and BMW, two fierce rivals, have merged their mobility activities, a move that would have been unthinkable just a short time ago.

Ride-hailing is a key part of the joint venture. BMW and Daimler don’t want to let Uber, Lyft and other global ride-sharing companies dominate the future of transportation.

To keep ahead of the curve the two German automakers are treating each NOW unit like a stand-alone autonomous company. FREE NOW, the ride-hailing platform is headed by Marc Berg, the former head of GetTaxi, one of a number of European ride-hailing startups acquired by Daimler .

At the end of April the NOW ride-hailng unit announced that it is rebranding as a mobility platform, adding e-scooters and launching its own fleet of private hire vehicles.

« This is a key decision, » says Berg. « We are opening up the platform to capture a broader share of transportation. »

Globally, $55 billion has been invested in the ride-hailing industry in the past seven years, according to McKinsey. It is the first step towards the move to autonomous vehicles, which is why automakers need to be in this space.

The projected global revenues associated with driverless cars in urban areas could reach $1.6 trillion a year in 2030 — more than two times the combined 2017 revenues of Ford, General Motors, Toyota, and Volkswagen, according to the McKinsey Mobility Institute.

And, driverless cars will unlock far more sophisticated types of connected services such as preference-based personalization and live dialogue, culminating with cars functioning as virtual chauffeurs, according to McKinsey.

Its research suggests that by 2030, 45% of new vehicles will reach a level of connectivity that will allow all occupants to use personalized controls for infotainment content and targeted contextual advertising, representing a market the consultancy says could be worth anywhere from $450 billion to $750 billion.

This not only represents a lucrative new revenue stream for Europe’s automakers it could signficantly impact car sales. The consultancy’s surveys indicate that 40 % of today’s drivers would be willing to change vehicle brands for their next purchase in return for greater connectivity.

The Future Is Electric

Traditional auto makers risk losing customers in other ways. Electronic vehicle (EV) sales have doubled annually in several markets with the help of subsidies and regulations that encourage adoption, notes a McKinsey report.

Norway is an example of how fast the transition to can happen: EVs soared to 32 % of car sales, from 11%, between 2014 to 2018. China has taken the global lead in sales — electric vehicle sales increased by 72 % in 2017 — and the growth trajectory looks set to continue, the report says.

Europe is at somewhat at a disadvantage as the EU is developing the manufacturing capacity for lithium-ion batteries used in electric vehicles later than other leading global regions, says an April 1 briefing paper authored by the European Court of Auditors.« As it will enter the battery-production market as a ‘second mover’, it may have difficulties gaining a competitive advantage, » the paper says.

Europe is « somewhat behind on electric batteries and power train technology, » acknowledges Markus Winkler, Executive Vice President, Global Head of Automotive at Capgemini. « It has to catch up but in the overall connected world batteries will become more of a commodity. »

And, Winkler says, Europe’s car makers have an edge : they know how to scale in an industry that involves heavy manufacturing and is very product focused.

Still, when it comes to EVs Tesla is a force to contend with and so are the Chinese. Several top BMW executives departed to co-found Byton, a Chinese electric car company.

Given all of the changes and competitive pressures will the European industry succeed in this new world of mobility? « Billions are being shifted into autonomous and shared areas and that gives me hope, » says Winkler. “The future will be a mix of mobility services and I am personally confident that European OEMs can still be successful.’’But he says, in order to to stay ahead « Europe has to learn to speak with one voice and bundle innovation in a different way — not only to follow but to futher innovative the market, » says. « And this will require not only pure mechanical engineering knowledge but also the development of new European software, technology and electronics. »