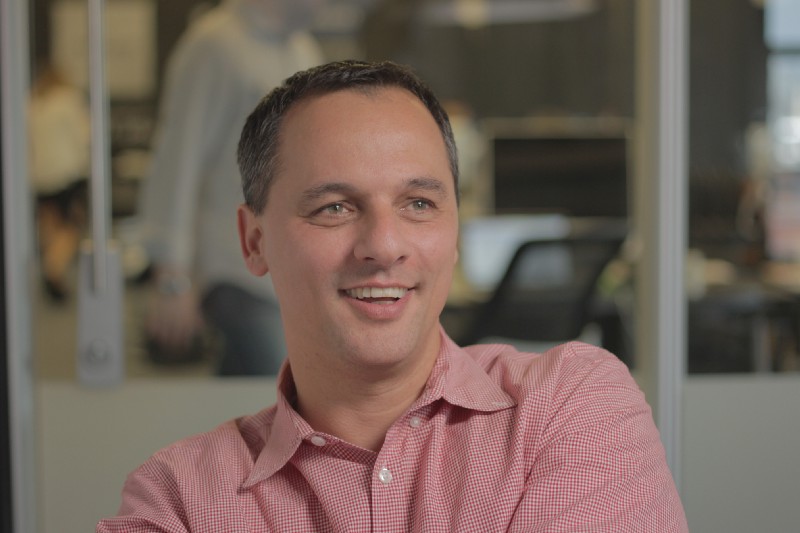 Happify has developed a platform that combines the latest science on treating depression and anxiety with the underlying mechanics of basic video games to create a self-care service. Via its own app and partners such as Humana, Cigna and drug maker Sanofi, Happify offers science-based activities and games that focus on resilience and mindfulness.

The startup’s services are the latest example of the ways digital tools are intersecting with traditional medicine and therapies to create treatments that can potentially reach more people by being more effective and less expensive.

“When you can deliver targeted, personalized therapies, that’s a new frontier,” says Happify Co-Founder and President Ofer Leidner, who attended the Viva Technology conference May 16–18.

Happify’s platform starts by asking users a series of question to evaluate their state of mind. It can offer to establish goals that promote positive mindsets such as gaining more confidence. Users than play simple games, or quizzes, or participate in activities that requires just a few minutes. By regularly reinforcing positive thinking, the idea is to turn a positive mindset into a daily habit, Leidner says.

The story of Happify began with a casual gaming company founded by essentially the same team. In 2003, they founded Oberon Media which made basic games like FreeCell, Hearts, and Solitaire for companies like Microsoft or Acer to include on their devices or operating systems. While such games can seem rudimentary, they involve a series of mechanics and game play designed to essentially become addictive, Leidner says.

The games collectively were generating 21 billion hours of game play a year and had over 60 million players. “Those are ridiculously troubling stats,” Leidner says. “But what we had done was optimize the platform for addiction. And that led us to think: Is there a different way we can master this and get people addicted to doing things that are healthier and to taking better care of themselves?”

In 2013, they sold Oberon to another casual gaming company. And Leidner, along with co-founders Tomer Ben-Kiki and Andy Parsons, decided start over by applying those behavioral lessons to create Happify. They began by looking at the potential to address mental health issues, and the need and opportunity quickly became clear. About 70% of people suffering mental health issues such as depression or anxiety go undiagnozed or untreated, Leidner says. “There’s a global need,” he says. “And technology has a role to play here.”

The founders brought in a group of eight designers and researchers to build the service. Happify launched two years later, starting initially as a consumer wellness app, downloadable from places such as the Google Play store and Apple app store. Progress was steady, but the team ultimately decided it could gain a larger market by shifting to a B2B model, Leidner says. That strategy, launched in 2017, now follows two tracks.

The first involves offering Happify as a third-party service to companies or health care organizations under the label of a “self-care solution.” Companies can offer the service, for instance, via their human relations portal. “We want to make the service available and remove the stigma around mental health,” Leidner says.

Happify also began working with health care providers. For instance, in 2017 the company signed a deal with Humana, one of the United States’ leading health and well-being companies. Under the partnership, Human provides Happify’s platform to patients with chronic conditions. The idea is that improved emotional and mental health can lead to better physical outcomes for people undergoing treatments for critical illnesses. Late last year, Happify signed a wide-ranging deal with insurance giant Cigna, which has been expanding its use of digital tools and apps.

At Viva Tech, French pharmaceutical giant Sanofi announced a partnership with Happify to study how its platform might be used to help patients with depression and multiple sclerosis.

The next step is for Happify to gain the approval of the U.S. Food and Drug administration under the category of Software as a Medical Device. The FDA created a series of regulations a couple of years ago designed to facilitate the development and approval of new types of digital treatments. For instance, in 2017 it approved the first microchip to be placed on a pill, a system developed by Proteus. Indeed, European drug makers like Sanofi have lamented that European regulators are not moving as fast in such areas, creating the risk that the Continent will fall behind in this emerging area.

Should Happify get that approval, it will broaden the ways the platform can be used because it will be able to label it as an official type of therapy that doctors and therapists can use for patients.

Meanwhile, the company continues to pursue more partnerships. While it’s no longer a focus, the consumer apps it has developed are also still being used by about 4 million people, a dynamic that allows the company to continue to gather feedback and fine- tune the product, Leidner says.

“We’re very excited about the mission of this company,” Leidner says. “This is one of the best places to be in tech.”