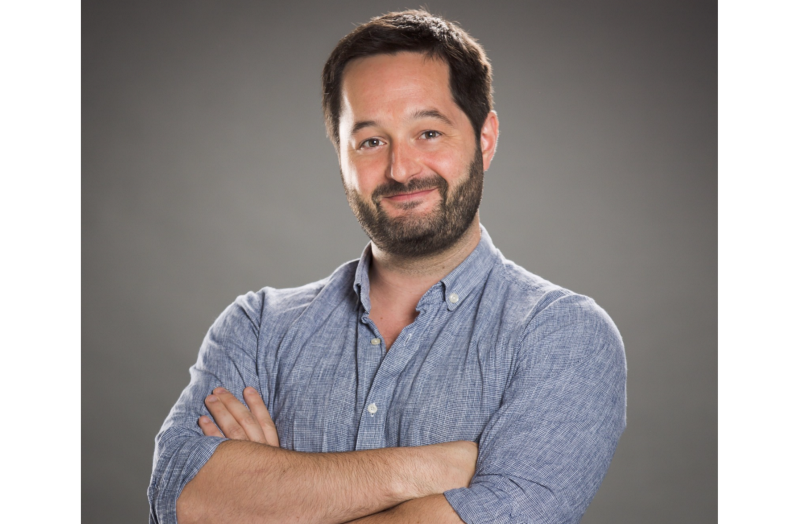 Benjamin Tincq is co-founder and CEO of Good Tech Lab, a Paris-based research and innovation firm and a scheduled speaker at VivaTechnology, a Paris technology conference taking place May 16–18.

For the past 18 months, Tincq and his team have been mapping the biggest opportunities and challenges in the emergent Impact Tech sector, through the lens of the 17 Sustainable Development Goals, based on 500+ interviews from the five continents, and exhaustive desk research. Their findings will be published at Vivatech on May 16 as a 200-pages final report & free ebook — “The Frontiers of Impact Tech: An overview of moonshots worth taking in the 21st century.”

Tincq, the co-author of two French books on open innovation, recently spoke to The Innovator about why it makes sense for large corporates to team with startups to solve some of the world’s biggest challenges.

Q : What are some of the major conclusions of a report scheduled to be released May 16 at Viva Technology by Good Tech Lab ?

BT : Entrepreneurs are building groundbreaking solutions to some of the world’s most pressing problems: from bio-based chemicals to animal-free meat, zero-emissions transportation, secure land registries that empower smallholder farmers in the developing world, and satellite imagery preventing human trafficking. And now corporates are jumping on board. Corporate-startup collaboration is ramping up in impact tech — technology that helps achieve progress on the 17 Sustainable Development Goals (SDGs) for 2030 agreed by all U.N. member states. And the positive impact on society and business potential are enormous.

Q : What is driving this collaboration ?

BT : The growing number of collaborations are due in part to market forces, according to our report. “The Frontiers of Impact Tech: An overview of moonshots worth taking in the 21st century,” which is being published on May 16 with the support of MAIF, Michelin, thecamp, Autodesk, Comic Relief, and the French National Energy and Environment Agency (Ademe). The report notes that the SDGs represent at least a $12 trillion annual market opportunity, according to the Business and Sustainable Development Commission co-founded by Unilever ex-CEO Paul Polman. Meanwhile, the net financial gain of removing 1000 gigatons of CO2 from the atmosphere, to achieve carbon neutrality by 2050, was estimated to be $45 trillion by Project Drawdown.

Q : Which sectors are being impacted the most ?

BT : Among 180 impact tech trends, the report outlines how the food sector is being disrupted in a good way, Examples include startups using AI to prevent food waste in restaurants, others engineering soil micro-organisms to replace unsustainable synthetic fertilizers and French agtech startup Ynsect just raised €110 million to build a giant robotic farm that will produce 20,000 tons of insect protein for the aquaculture market. Cell-based meat, made from in vitro cultivation of animal cells, and plant-based meat, could make industrial animal farming obsolete, reducing its impact on the environment. Even Tyson Foods, one of the world’s largest processors of chicken, beef and pork, has invested into new meat startups Memphis Meats and Beyond Meat, in addition to launching its own line of plant-based products. Ecovative, which produces bio-based packaging from mycelium mushroom, has partnered with furniture and home accessory maker IKEA. In clean energy and clean mobility, startups are attracting massive investment from Engie, Enel, Michelin, Air Liquide, Schneider Electric, BMW, Renault, among many others. Some companies, such as Unilver and Danone, are even creating impact investing funds.

Q : What are some of the business factors driving this collaboration ?

BT : The report also stresses that the increased interest of corporates in impact tech is not driven solely on social responsibility, but also by a wide range of business factors, a trend recognized by the World Economic Forum, Boston Consulting Group, and various business think tanks. Good Tech Lab’s second report, planned for the end of 2019, will focus on those drivers, such as opening new markets, driving product innovation, strenghtening their supply chains and partner network, fostering customer engagement, securing their license to operate, and responding to new investor expectations — including from institutional investors which aim to increase the societal impact of their portfolio.

Q : Do you see the growing collaborations between startups and corporates as a positive development ?

BT : In the last year, we have seen many citizens and business leaders joining scientists in declaring a climate emergency. Impact Tech can help create a New Carbon Economy — a prosperous economy which captures more carbon than it emits. Fifty years ago, the first humans set foot on the moon. Building that new economy is today’s moonshot, and it will require systemic collaboration. I think partnerships between Impact Tech innovators and corporates could help us achieve that at startup speed and industrial scale.