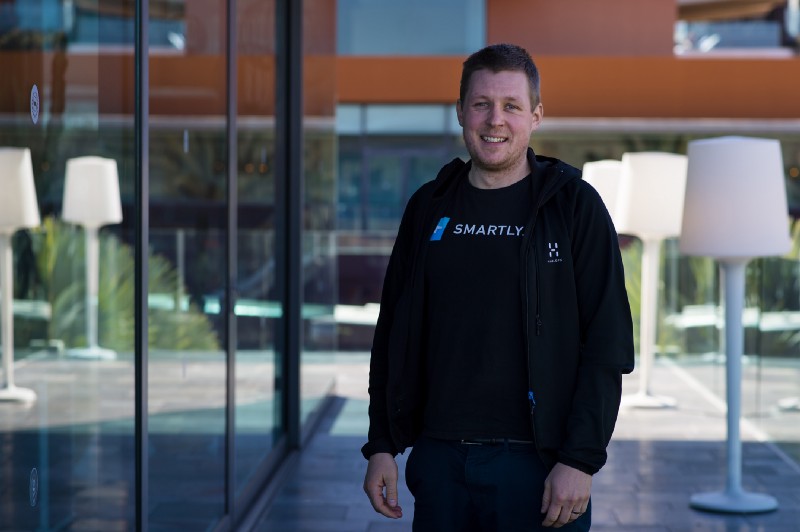 Smartly has developed technology that helps clients automate the process of creating online advertising campaigns. The goal is to adapt and optimize each marketing effort to fit the specifications of any given digital platform, and to help campaigns maintain an edge even as those services continually evolve their features and algorithms.

As companies struggle to navigate the complexities and challenges of digital marketing, Smartly executives believe they have an opportunity to change the dynamics around this critical industry.

“Our northstar and our mission is to make online advertising easy, effective, and enjoyable,” says Smartly CEO Kristo Ovaska. “We automate much of the manual work.”

Founded officially in 2013, the Helsinki-based company evolved out of some previous digital work Ovaska was doing with co-founder and CTO Tuomo Riekki. The pair had founded Metrify, a company that had built a cloud-based platform that delivered analytics for mobile apps and games.

But Ovaska says that following Facebook’s IPO in 2012 and the release of the social network’s new mobile advertising format which placed ads in newsfeeds rather than the side, the pair saw marketers rushing in even greater numbers toward the platform. So they pivoted toward advertising and Smartly was born.

The idea was to build tools for online advertisers. It was in mid-2015 when Smartly signed up Germany’s Rocket Internet that things really started to accelerate. Rocket, a startup factory, began using Smartly’s platform for the wide range of companies it was launching in fashion and e-commerce around the world.

What Rocket and others clients such as Uber, eBay and KLM have embraced are the tools that reinvent both the creative side and the ad buying process. Smartly offers a series of templates, including ones for videos, that allow users to quickly generate ads, buy space, and then track their effectiveness.

The campaigns can be created from a single interface, and advertisers can import their logos and produce images. Besides being fast, the speed allows advertisers to create a wider range of versions to target more specific audiences. For instance, in the case of a company like eBay which offers an almost infinite selection of items, the company can rapidly create huge numbers of ads that include photos of those products.

“We obviously believe, and our customers feel the same, that the more we improve the returns on ads, the more you will be spending,” Ovaska says.

Smartly primarily works with Facebook and Instagram, but Ovaska says one of the big projects in the coming months is to adapt its tools for other platforms.

Because the company is now profitable, Ovaska says the founders wanted to be able to continue focusing on their long-term vision.

“We wanted to take off the pressure of selling the company or going public,” he says. “We want to make sure we can be on that journey without having to think about an exit.”