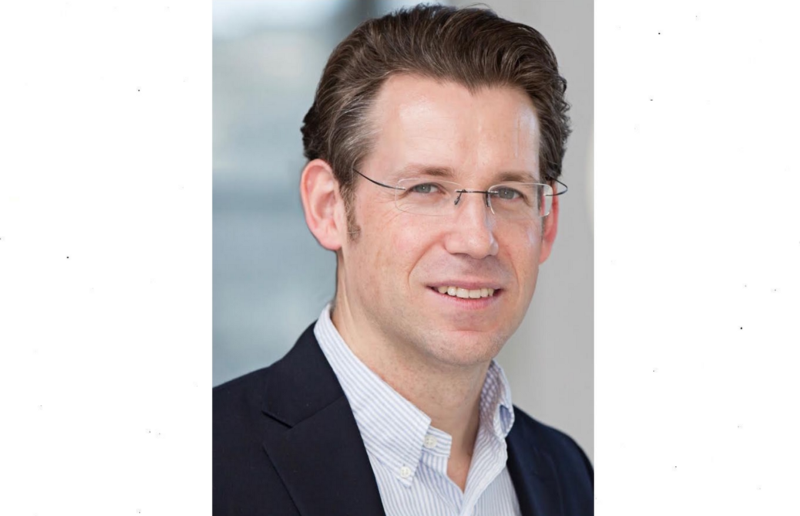 Torsten Wingenter is founder of the Lufthansa FlyingLab a unique innovation platform that allows people to experience the digital transformation of the travel industry on a plane during a real flight. A FlyingLab features a live conference with thought-leaders during a flight and allows passengers to experience and test the latest tech and innovations like wearables.

Until March of this year he was senior director of digital innovation at Lufthansa, responsible for the digital strategy of the Lufthansa Group Premium Airlines (Austrian, Lufthansa and SWISS) and the introduction of technologies transforming the travel business like virtual reality, augmented reality, chatbots, robots and artificial intelligence.

Wingenter is currently a faculty member of futur/io, a new education and research institute focused on exponential technologies and how Europe might use them to create desirable futures. He recently spoke to The Innovator about what he learned while leading Lufthansa’s innovation strategy.

Q: How does Lufthansa approach innovation?

TW: Lufthansa has two main components for innovation. There is Lufthansa innovation hub in Berlin where the airline works with startups to co-create new products. It became obvious that we needed to do something that is closer to the core product, which is airplanes, so I came up with the idea in the beginning of 2016 to create this FlyingLab as a flying innovation platform for Lufthansa’s internal departments but also for our partners to test new ideas, products, etc. because usually –it is quite complicated when you want to test something in the plane. We created these flying labs at certain moments where we invited the internal departments to test projects and also to give startups an opportunity.

Q: Can you give some examples of products tested in the FlyingLab?

TW: We tested Neuroon, an intelligent mask and light therapy device that aims to facilitate better sleep and body clock issues such as jet-lag. This sleep mask measures brain waves and helps you adapt to this time zone. The easiest way to test such a device and see if it is relevant for your customers or if the technology even works is in a real environment so on Lufthansa’s first maiden flight to San Jose we handed out masks to help customers improve their sleep on the plane. If I test a product like this and I have 20 people tell me in the morning that was amazing then we know that this is a technology that we need to have on the radar for the future. Testing it in the real-world gave us an indication if products were just a gadget or if it is something that really helps. These products that we tested on the planes were mostly from startups, were quite new and not yet on the market. For the startups it was a unique opportunity to test their products on a plane. We also did a FlyingLab with ‘smart’ clothes in which the crew uniforms were made from smart textiles and we also had some smart textiles that our customers could test. We also live-streamed a conference about the technology to our customers in all categories — business to economy.

What is the most important thing you learned while leading Lufthansa’s innovation strategy?

TW: Tradition is not a strategy and digital is not a project. Especially here in Germany we have a lot of small, midsize niche global players. In their niche they are world-wide champions and they have had the same business model for the last 60 years. They know that they have to embrace digital so they say ‘ok we do this project and we then have a solution and then everything is fixed.’ It doesn’t work like that. Digital is a process and this is why we launched FlyingLab–you need a continuous approach to innovation to succeed. In the beginning it was hard to convince people inside the company to do something crazy like this on a plane to test devices and do a conference in a plane. But it is important to make digital transformation experimental for guests and crew members and to do it on regular flights. We organized a FlyingLab on a plane going to the Consumer Electronics Show (CES) in Las Vegas that included both technology savvy people going to the conference and regular tourists. It is important to get feedback from both because this is not just about gadgets and having a great time on the plane — this is about rethinking the future of travel.

Q: What do you see as the future of travel and what are the opportunities for startups?

TW: Up until now airplanes have been used to transport people from A to B and try to make people as comfortable as possible. It’s a captive environment, it is not a place people want to be naturally. A lot of people view it as something that makes them lose tons of time. So we had one very interesting learning on a flight from Frankfurt, Germany to Houston, Texas. Most of the people were traveling for business to attend the SXSW conference. We wanted to give them as much value as possible so we prepared a sneak preview of the conference and Martin Wezowski, the chief designer from SAP, one of the speakers at SXSW, gave a 15 minute talk on the plane. Later we saw that many of our customers attended his longer 45 minute talk at the actual conference. This was a proof point for us that we could create much more value then just transporting people and giving them additional chocolates during the flight. Lots more ideas came up. There are a lot of things in life that are important for people that we don’t have time for — especially people who travel a lot — such as medical check-ups. So we could envision that customers could reserve some kind of super sensors that they could wear during the flight and the data would be sent to a system like IBM Watson and at the end of flight the customers would get a diagnosis. In the future we might even personalize people’s food. If you are flying to the US from Europe and you want to work you might want food to help you concentrate and when you are flying back you might want something light and help you to fall to sleep. We are rethinking the whole experience people have on the plane and going far beyond Netflix or Amazon shopping to figure out how to value the time people spend on the plane. We need to rethink how we transport people. It’s the same challenge with automotive. What will people do when the car drives itself. It is a huge space for startups.

Q: What advice do you have for other large corporates?

TW: Think of digital transformation as a process — not a project that has one right answer. And be open to new ways of working. A very good example of this is something called the marshmallow contest. You take 20 strands of spaghetti and some marshmallows and tell different teams that they have 18 minutes to build a free standing structure and the team that builds the highest structure wins. What happens is that adults first go into a planning process and try to solve it intellectually, but kids are more successful because they just start building and realize suddenly and early that, although they look light, marshmallows are really heavy so they iterate their structure accordingly and end up building the higher structure faster. This way of doing things is not something that people are used to in big companies. Instead they think ‘what can we have on the shelf and how much does it cost?’ and plan the project over two to three years. They don’t consider that the idea we have today might not be what customers want two to three years from now. The whole way that corporations are operating does not work in the age of exponential technologies. Things are moving so rapidly and this is a challenge for a lot of companies. Startup accelerators are quite far away from the company’s core. The challenge is how do you connect the idea and outcome to the corporation and there is often a lot of tension. You need to continue what you do in the core of the company while at the same time prepare the transition, the evolution to something much further ahead. You need to do both and there is not one silver bullet.

Q: What do you see as the biggest challenge?

TW: The biggest challenge for the whole innovation industry is to try — as early as possible- to involve the related departments so that they are interested in a project’s success and see the possibilities. This is quite challenging at the same time because sometimes with these new things you don’t even know what is the right department. You also need top management and the board to pay attention to what you do and ensure that the company is open and the management is open to new ideas. If the support of top management is not really clear then there is no real incentives inside the company to take risks to do something different. Try to involve as many people as possible. People inside the company need to have the chance to experience digital transformation. This is something the FlyingLab helped because people could really test technologies and get an idea of how it could improve their work.