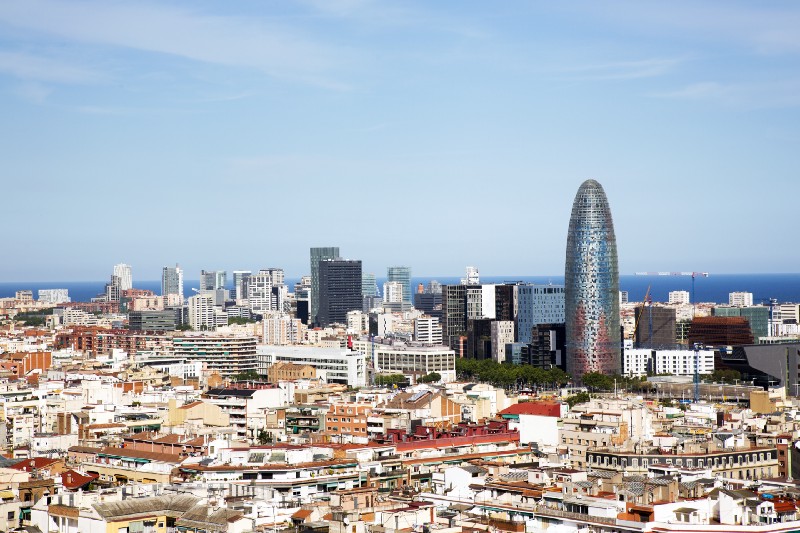 Barcelona doesn’t want to be known simply as the host city of Mobile World Congress, an annual international exhibition and conference that attracts over a 100,000 attendees. It aims to be at the center of the wireless industry all year long.

To that end, new local 5G projects in Barcelona focusing on four verticals — connected cars, healthcare, industrial applications and entertainment — will be announced during this year’s Mobile World Congress.

The projects will include the participation of large international companies and telecom operators, says Carlos Grau, the head of Mobile World Capital, a nonprofit organization based in Barcelona that is behind Mobile World Congress and Four Years From Now (4YFN), a sister conference focused on digital disruption. Both conferences will take place in the city between February 26 and March 1.

5G, a big focus at Mobile World Congress 2018, promises to open the way for the generation of new services in areas such as autonomous and connected vehicles, drone-based services, access to remote health services and smart manufacturing, the use of advances in robotics, artificial intelligence, material science, 3D printing and the Internet of Things to allow every object in a factory to communicate with the others.

Cities, countries and companies that move fast to adopt 5G are expected to gain a significant economic boost.

With that goal in mind i2CAT, Mobile World Capital, the government of Catalonia, the Barcelona City Council, the Telecommunications Technology Centre of Catalonia (CTTC), the Polytechnical University of Catalonia (UPC) and the research lab of Atos, a European IT services company, signed an agreement in January in support what is being called the 5GBarcelona initiative.

But Barcelona’s ambitions are larger than just being part of pan-European projects, stresses Grau. It wants to translate its 5G prowess into a local economic advantage.

European economy, potentially generating €141.8 billion in new revenues across the EU and creating 2.39 million jobs, according to a 2016 report prepared for the European Commission’s Directorate General for Communications Networks, Content and Technology by Trinity College Dublin, the wireless advisory firm realwireless, the mobile technology research firm InterDigital and the research consultancy tech4i2.

The aim is to attract up to 12% of that revenue by “turning Barcelona into a global 5G testbed and attracting the digital units of large corporations to relocate here,” says Grau.

· It is the headquarters of Mobile World Capital, the organizer of Mobile World Congress. Founding partners are Spain’s Ministry of Industry, Energy and Tourism; the government of Catalonia; the Barcelona City Council and the GSMA, an industry trade body that represents the interest of operators worldwide. Private sector partners include the telecom operators Telefonica, Vodafone and Orange.

· Four scientific research centers focused on 22 of the EU’s 37 5G programs are based there as is i2CAT, the Catalonia government’s communications research center.

· Barcelona is ranked fifth in Europe when it comes to number of startups and their size, quality and investment rounds.

· It is home to large corporations that have decided to embrace 5G, such as the carmaker SEAT, a unit of the Volkswagen group.

· The city is experimenting with 5G technologies as part of what it calls an “open living lab” to gauge the technology’s impact on its future.

· The Spanish government just agreed to headquarter a new “5G Observatory” to analyze use cases for 5G and their projected economic impact on Spain in the city.

“We don’t want to just be experts in antennas and chips,” says Grau. “We want to differentiate ourselves from tech hubs like London and Berlin by analyzing the scenarios in which 5G could be used and anticipating the economic impact of new uses and new services.”

One of 5GBarcelona’s goals is to establish an open experimental infrastructure in the metropolitan area, which will serve as an urban, citizen-led technological laboratory for validating 5G technologies and services, says Francesca Bria, the city’s chief technology and innovation officer, an advisor for the European Commission on Future Internet and Smart Cities policy, a member of the EC Expert Group on Open Innovation (OISPG) and a member of the European Research Cluster on the Internet of Things (IERC).

To that end, in the run-up to Mobile World Congress, the city organized what it calls “Mobile Week Barcelona” from 15 to 24 February. During the week-long event, Barcelona’s districts were converted into “places for open debate, creativity and learning as a means of reflecting on how digital transformation will change everyday life,.”

Mobile Week fits in with existing initiatives launched by the city of Barcelona that allow for “new forms of policy-making that are open, experimental and able to build in the collective intelligence of citizens” according to the city’s website.

“This needs to happen from the bottom up,” says Bria. “By putting citizens at the center, we also aim to increase their digital sovereignty, enabling them to fully exercise their freedom and digital rights, including their right to data protection, privacy and information self-determination.”

The city has launched a democracy platform called Decidim Barcelona to experiment with new types of participatory democracy. It is also starting training programs to help people hone digital skills and it is attempting to show people that the addition of new types of technologies can lead to improvements in everyday life through programs like “one called Superblocks” that attempt to apply all the technological and environmental advances at the city council’s disposal in five small, defined areas of the city.

As the technology evolves “it is important that the city itself can experience the changes that will be brought about by 5G,” says iCAT2’s Figuerola Fernandez. “We want to avoid a digital divide and we want to let the people see how this technology can be put to work for them.”