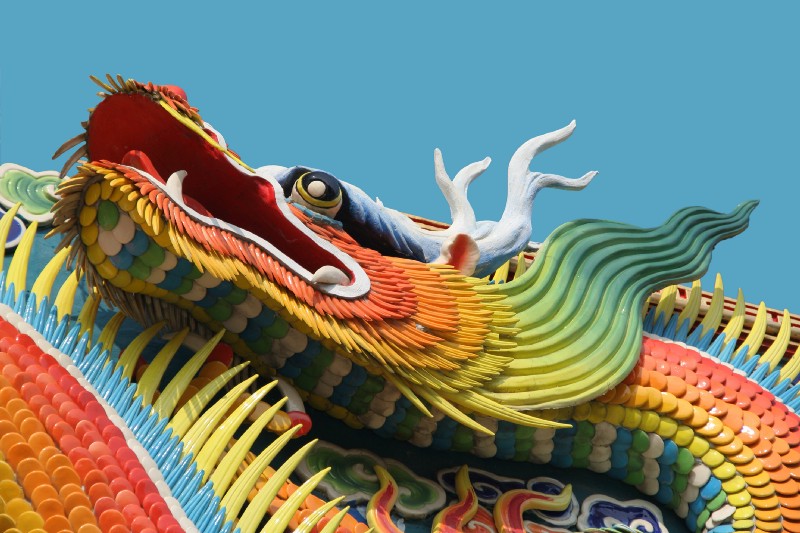 China is undeterred by worries that consumers and companies won’t pay more for faster, more responsive connectivity: The country’s leaders see 5G as an important stepping stone on the road to becoming a global tech powerhouse to rival the United States.

“China will be a global leader in terms of scale and investment in 5G because it is a high-priority national strategy,” says Edison Lee, head of telecom research at Jefferies in Hong Kong. “In other countries, 5G is being driven by operators looking to gain a competitive advantage; in China it is part of its national goal to become a leading digital country.”

The logic goes like this: 5G is designed to support a massive expansion in the Internet of Things (IoT) — a shorthand term for connecting all kinds of machines, devices and vehicles to each other and to the Internet. All this connectivity will generate vast amounts of data about the world, which can be used to train computers and develop artificial intelligence (AI), a field China has vowed to lead. Serving the world’s largest population and a vast domestic market, China’s tech companies can potentially collect data on a much greater scale than their counterparts elsewhere.

The rewards could be huge. Accenture, the global consultancy, estimates that the IoT could deliver gains of up to $1.8 trillion in cumulative GDP for China by 2030 through the transformation of manufacturing, transportation, resources and utilities.

Eric Schmidt, a former CEO of Google and former chairman of Alphabet, is among the business leaders who believe China will fulfil its AI ambitions. “By 2020, they will have caught up. By 2025, they will be better than us. By 2030, they will dominate the industries,” Schmidt said at the Artificial Intelligence and Global Security Summit in Washington in November.

A Boost To Self-Driving Cars

One of the most profound applications of AI and the IoT is likely to be self-driving cars, which could transform economies around the world. “The main difference that 5G will make is the realization of the Internet of Things,” says Markus Seidel, head of BMW Group Technology Office China. “For the auto industry, it will greatly boost the development of autonomous driving.”

Having launched its ConnectedDrive service in China as early as August 2012, BMW is using 4G cellular connectivity to provide its Chinese customers with concierge services, automated emergency calls and real-time traffic information, along with remote-control functionality.

The next step for BMW is to trial 5G connectivity, but Seidel says the timing will depend on how fast telecoms operators deploy the new technology.

China Mobile, in particular, is making a big bet on the IoT. It has said it will pay out 2 billion yuan ($303 million) as subsidies to IoT device makers. China Mobile plans to add another 120 million IoT connections in 2018, taking its total to about 320 million, as it scrambles to connect all kinds of products to the internet, including home appliances, vehicles, and water and gas meters.

As the world’s workshop, China is naturally looking to use 5G and the IoT to transform its manufacturing sector. The Chinese government’s “Made in China 2025” initiative has echoes of Germany’s “Industrie 4.0” program to transform manufacturing through automation.

Connected robots and assembly lines can exchange information in real-time, giving each other early notice of potential faults, changes in production schedules and supply shortages. “5G can enable and enhance critical control of production line robotics,” says Zhiwei Zhang, head of marketing for Ericsson North East Asia. “This includes tethered or untethered robots that are controlled, monitored, and can be reconfigured remotely. This technology could be used in factory floor production, reconfiguration and layout changes, real-time analysis and even to steer a robot’s movement from a remote location.”

“China has a vision to be a world leader in precision manufacturing,” says Sylwia Kechiche, lead analyst at GSMA Intelligence, “China is pushing hard to automate factories.”

She points to the rapid rollout of 4G as an example of how fast China can deploy new technologies when the government plays a coordinating role. China’s operators have implemented 4G much faster and more comprehensively than their European counterparts.

One of the biggest changes between 4G and 5G will be the responsiveness and density of IoT connectivity, says low latency connections will enable the so-called tactile Internet in which people will be able to remotely control machines as if they had them in their hands. Remote-controlled machines could be used to carry out otherwise hazardous inspection and maintenance of infrastructure, as well as enable humans to stay out of clean-room environments.

The Internet of Everything, Including Camels

As well as making its cities smarter and greener, China is using the IoT to help rural areas develop and become more prosperous. In Alxa League, a remote part of Inner Mongolia known as the “Hometown of Camels,” China Mobile is enabling local people to track the location of their camels using cellular connectivity. The animals wear solar-powered necklets, equipped with a GPS chip and a cellular connection, which can transmit their whereabouts to their owners’ cellphones. If the system detects a camel moving at an abnormal speed or the herd goes beyond the grazing range, it will send an alert. China Mobile estimates this “intelligent grazing system” can save each family nearly 50,000 yuan by reducing losses and improving grazing.

With the arrival of 5G, agriculture will be transformed further still, making it possible for connected drones to stream live footage of animals to their owners, while also surveying the surrounding landscape. At a China Mobile event in Shenzhen in November, ZTE demonstrated how a 5G-enabled drone can transmit high-definition images to the cloud and generate topographic maps in just a few seconds.

But this kind of high-tech wizardry won’t be cheap. The research arm of China’s Ministry of Industry and Information Technology expects China’s three mobile operators — China Mobile, China Unicom and China Telecom — to invest a total of 2.8 trillion yuan ($411 billion) in 5G technologies between 2020 and 2030, with annual spending peaking at 313.3 billion yuan in 2023, according to the South China Morning Post.

Why is 5G so expensive? Early commercial rollouts are likely to require investment in small cells and transmission upgrades, with fiber backhaul providing transmission speeds of 10 Gbps and sub-10 millisecond responsiveness, according to a report by GSMA Intelligence. Moreover, if they are to serve mission-critical applications, such as remote surgery, 5G networks will need to be ultra-reliable. They will have to deliver a “very high quality of service and uptime burden when the stakes are life and death, rather than just a great service,” the report notes.

In November 2017, China started the third phase of its 5G technology research and development tests, ahead of schedule. China Mobile, the country’s largest mobile operator, has said it will deploy 10,000 5G base stations by 2020.

Edison Lee at Jefferies expects major cities in China to have 5G coverage by the end of 2020, with capital spending on 5G networks peaking in the country in 2021 and 2022. For China, Lee says the benefits of deploying the technology fast are twofold: China will be able to claim many of the patents underpinning 5G technologies, while scaling up will reduce the unit cost of the equipment and encourage the rest of the world to adopt 5G earlier than would have been the case.

Indeed, China is hoping that its equipment makers, such as Huawei and ZTE, will be leading suppliers of 5G technologies to other countries. The China Academy of Information and Communications Technology (CAICT) has estimated that 5G-related revenue for network equipment and handset manufacturers will reach a total of around 17.5 trillion yuan ($2.8 trillion) between 2020 and 2030, according to a report by Telegeography. CAICT believes the network operators themselves will see total revenue from 5G reach roughly 7.9 trillion yuan between 2020 and 2030.

To be sure, China is cooperating, as well as competing, with the West on AI and 5G. For example, researchers at Edinburgh University and experts at the Chinese telecoms equipment maker Huawei are working together on the development of robots supported by 5G. Teams from Huawei’s Wireless X Labs and the University’s new Bayes Centre are “investigating how AI systems can use wireless 5G networks to provide optimum support for connected robotics and autonomous systems,” according to a press release.

But there is no doubt about it. China is out to dominate 5G rollout and development and looks well-poised to succeed.

This article was reported and written by David Pringle