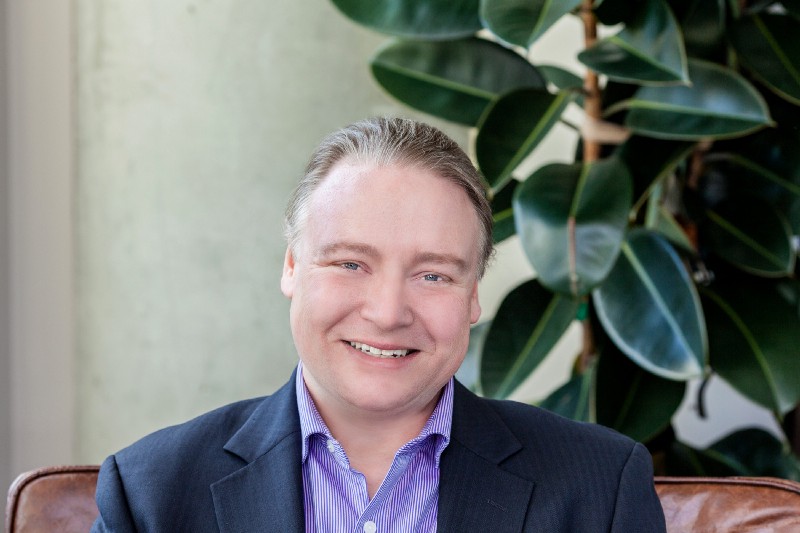 Brian Behlendorf, a scheduled keynote speaker at Mobile World Congress in Barcelona, is executive director of The Hyperledger Project, an open-source collaboration initiative hosted by the Linux Foundation. Its charter is to build a set of distributed ledger or blockchain technologies that can be used for a wide variety of purposes and embedded inside the emerging next-generation Internet.

Behlendorf, a leading figure in the open-source software movement, was a primary developer of the Apache Web server, the most popular web server software on the Internet. He is a member of The World Economic Forum’s Global Future Council on Blockchain and is on the boards of directors of the Mozilla Foundation and The Electronic Frontier Foundation. He recently agreed to speak to The Innovator’s Editor-in-Chief about how the telecommunications industry — and other sectors — might leverage blockchain technology.

Q: A consortium of telecom operators is being formed to construct a massive asset exchange network based on blockchain that would leverage and build upon their existing ability to exchange data across their collective five-billion-person network. Accenture calls it a $1 trillion opportunity for the industry. How do you foresee the telecoms industry using blockchain?

BB: The idea of telecom operators building something based on open-source distributed ledgers is not far fetched. The use of blockchain makes sense when you need to record a transaction or implement a directory. In the telecoms sector there are several use cases worth thinking about. The simplest one is number portability: when a sim card is turned on you are assigned a phone number and when there is consensus to move that phone number with all of its transaction history you want to be sure that it is done in a way that is transparent and distributed.

Q: What are some other possible use cases?

BB: Another potential use case is cross-border billing for using minutes or services on a number of different provider networks. Every transaction is tracked and reflected back on a bill to an end user. Before blockchain technology, the sector was limited to point-to-point integration of networks or centralized transaction hubs. This creates certain challenges. These centralized networks are great for passing around small payments and keeping track of lots and lots of small granular transactions, but when a problem emerges or there are attempts at malfeasance it is important to have a record in an immutable ledger shared between network providers. The blockchain provides a good way, when problems do emerge, to have an audit trail back to understand what was the change and who was responsible for it.

Q: Could telecoms also use blockchain to generate new sources of revenues?

BB: Digital identity services are one potentially very large opportunity for today’s retail network operators. There are very few other sectors that have billing relationships with such a broad segment of the population. Globally, there are 1.1 billion people in the world who do not have formal identity documents and thus can’t open a bank account or even have access to government services. There have been attempts to address this with digital identity solutions, such as Aadhaar, a national biometric identity program in India created by the tech entrepreneur Nandan Nilekani. But there are significant challenges with such centralized directories, whether from [KCT1] corruption and abuse or simply because they are like big honeypots that are vulnerable to hacking.

So to address this we have a project called Hyperledger Indy, which implements a different concept for digital identity called “Self-Sovereign Identity.” In such a system individuals manage their personal data in something more personal and closer, like a digital wallet, which holds digital equivalents of drivers licenses, birth certificates, diplomas, titles to your house, health records and more. Such a wallet uses a distributed ledger to record your signatures, and other signatures on these documents, so you can prove they are valid when you present them to others. The data remains stored at the source — with the person it concerns — and each person could keep track of whom they share the data with. Permissions and access history would all be recorded, and the original data would stay safe. Telecom companies are in a unique position to assist with the rollout of such a service, because of the direct retail consumer relationship they have with so many individuals. Furthermore, a sim card can help attest to who a person is or assist in resetting in case of lost ID.

Q: Will people trust their phone companies to handle their identities?

BB: There are three sectors — telcoms, banking and government — that many people love to hate. That is one of the challenges. But what M-Pesa {a mobile phone-based money transfer, financing and microfinancing service, launched in 2007 by Vodafone for Safaricom and Vodacom, the largest mobile network operators in Kenya} demonstrated is that telecom operators have the reach — even more so than financial service companies. Banks are closing retail branches everywhere, whereas, especially in the developing world, every bodega or kiosk operator is selling added minutes or can help you with transferring money via mobile phones. That is why telecom operators are in a great position to be the touch point for managing digital identity.

Q: What other sectors are likely to use blockchain?

BB: Any sector that has to deal with real problems involving trust. Supply chains of all sorts. The diamond industry has an active blockchain project this year. Food safety projects, such as one involving IBM and Walmart, that seek to track the provenance of everything from pork to mangos or salmon. In healthcare it can be used for the supply chain of pharmaceuticals or the sharing of medical records. Telecom can’t be too far behind from what we see, but now is the time for this industry to get things rolling. Hyperledger is here to help.

Q: Are we at the top of the blockchain hype cycle?

BB: It does feel like there is some over-cheerleading, but blockchain will be transformational. It’s a technology that makes it easy to record and verify and easy to have a memory. This is something that will impact every business. It is a bit like the Internet in the days when it moved from being a research platform and a place to play with tech to a platform for how business was changed. If your business has lots of transactions and is working with a large number of parties where trust is always an issue then you should be doing research and be developing a plan for deploying blockchain. You should have someone on your innovation team or somebody from IT doing a proof of concept internally so that you start to get the physics of the technology, in the same way that in the mid-1990s Fortune 1000 companies were getting the sense of the physics of this thing called the Internet. A lot of blockchain technology is still early but not so early that you can’t apply it to a real business need today.

Q: What other advice do you have for executives at big companies that are considering deploying blockchain?

BB: There is no such thing as a blockchain of one. The technology is about coordinating interactions between parties. So first you need to be talking to the other participants in your value chain, the people you buy from, sell to and perhaps even your competitors. Then you need to ask yourselves ‘how do we demonstrate that applying blockchain for this use will have commercial value?’ You need to be having conversations about common use cases and to put in some R&D effort work to see what’s worth doing and then make it happen.