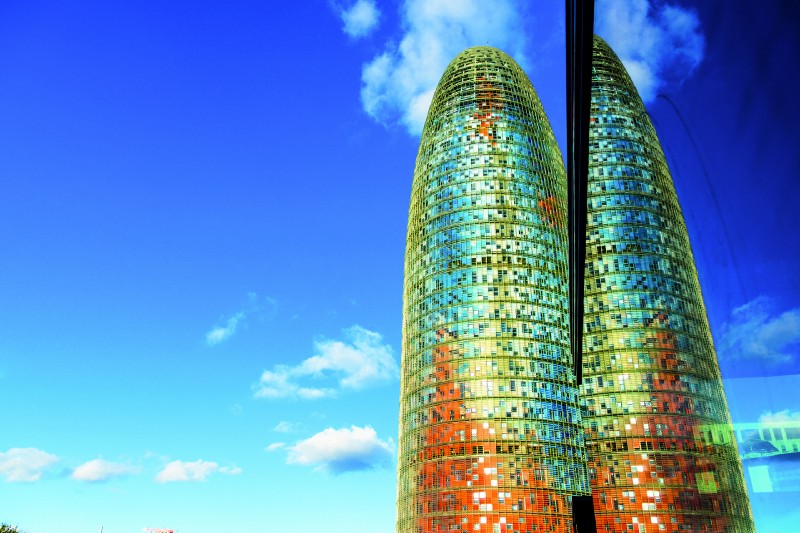 Every five to ten years the telecoms industry introduces a new generation of wireless technology that it promises will change everything.

If pundits are right, the emerging new high-speed wireless standard known as 5G could have the same impact as the printing press, electricity, the steam engine, the telegraph and the Internet.

Each of these discoveries or inventions are known as General Purpose Technologies (GPTs) that have served as catalysts for transformative changes, redefining work processes and rewriting the rules of competitive economic advantage. And 5G is expected to pack the same kind of punch.

“The emergence of 5G is a fulcrum in the evolution of mobile technology from a technology that had transformative impact on personal communications to a true GPT that promises to transform entire industries and economies,” says a report by IHS Markit and Berkeley Research Group that assesses the importance of 5G technology to the global economy.

From 2020 to 2035, the total contribution of 5G to real global GDP will be equivalent to an economy the size of India, says the report.

“5G is expected to impact the competiveness of nations,” says Sam Paltridge, an analyst in the Paris-based Organization for Economic Cooperation’s Directorate of Science Technology and Industry, who is currently working on a study on the topic.

China views 5G as key to helping it become a tech leader not just in wireless but in The Internet of Things and artificial intelligence while at the same time boosting its own industries over those of others. (See the story on pages 11–13.)

The U.S., which is projected to initially lead in the number of 5G subscribers, is expected to be quickly surpassed by China, as is Europe, which has high ambitions of its own for the rollout of the technology. (See the story on pages 14 and 15.)

The United States and China are expected to dominate 5G R&D and capital expenditure, investing a total of $1.2 trillion and $1.1 trillion respectively, says the IHS Markit and Berkeley Research Group report.

Major investments will be made in 5G in Europe as well, and these are expected to have “trickle-down” impacts across the whole of the European economy, potentially generating €141.8 billion in new revenues across the EU and creating 2.39 million jobs, according to a report prepared for the European Commission’s Directorate General for Communications Networks, Content and Technology by Trinity College Dublin, the wireless advisory firm realwireless, the mobile technology research firm InterDigital and the research consultancy tech4i2.

So why will 5G be so different? (See the box.) Unlike mobile technologies adopted to date, 5G is expected to radically transform the public and industrial sectors of economies.

5G could enable about 4.6% of global real output in 2035, though its uptake by industry is expected to vary. (See the chart on page 10.) Most notable, says the IHS Markit and Berkeley Research Group report, is that 5G could enable 6.5% of public service and 6.4% of agricultural output by 2035.

According to the report to the European Commission, 5G will have a big impact on the auto industry. It will enhance connectivity and improve data management and sharing between automotive manufacturers and motorists, and provide opportunities for next-generation services within the automotive industry and the supply chain, allowing further improvement in vehicle design, vehicle production and performance. 5G networks will have the ability to support a large number of connected cars, provide always-on connections, focus on optimizing energy efficiency, provide real-time maintenance and enhance safety, the report says.

5G is also expected to help usher in autonomous cars and the more widespread use — and control — of drones. The availability of driverless cars and unmanned aerial vehicles will do more than stimulate sales to consumers, says the report. They will also be deployed in agricultural and mining applications ranging from surveillance of remote natural resources to autonomous transport of metals or valuable minerals to self-driving tractors. Autonomous vehicles will also be widely used in the transportation sector for driverless transport and for delivery of commercial and consumer goods. Municipalities will integrate autonomous vehicles into their transit systems while using drones for monitoring functions. In manufacturing, autonomous vehicles will also be used in intra-plant stocking and retrieval systems. And they are expected to positively affect the insurance industry as vehicle accident rates decrease.

5G will aid industrial automation by enabling and enhancing the critical control of production-line robotics, including tethered or untethered robots that can be controlled, monitored and reconfigured remotely, making manufacturing more efficient.

5G is expected to enhance connectivity and improve data management and sharing between healthcare providers, medical device manufactures, patients, medical and life insurers, the pharmaceutical industry and other stakeholders. Reducing the cost of health monitors, expanding their reach and their reliability also has the potential to unleash many innovations in the sector, according to the report to the European Commission.

By 2020 utilities are expected to account for two-thirds of the 30 billion wireless connected devices in houses and industry worldwide. Strategic benefits of installing smart meters with embedded 5G capabilities will arise from

increased access to data and real-time information provision, says the report to the European Commission. This will support efficient energy generation, enabling savings in generation capacity, particularly during periods of high demand. When supply loads are shifted from peak to off-peak periods, electricity providers observe savings in short-term marginal costs due to lower generation costs. The load shifting between peak and off-peak periods reduces the size of capacity investment in electricity. The report found that 5G data capabilities in smart meters will provide operational benefits in the European utilities industry of € 2.7 billion in 2025 and € 3.1 billion in 2030.

numerous sensors located throughout smart cities in households, workplaces, from

transport routes, citizens and platforms will provide policymakers with better real-time data about their cities. For example 5G is expected to improve transportation in cities in multiple ways. Greater access to real-time information by travelers should enable faster journey times within and between cities. Greater access to real-time information by transport providers should enable better co-ordination between different transport modes. And enhanced information about traffic flows and journeys should help traffic controllers better manage traffic, says the report for the European Commission. 5G data capabilities are projected to provide €8.1 billion in congestion, accident and pollution reduction benefits to smart cities in Europe by 2025, according to the report to the European Commission.

A Step For The Mobile Sector

Among the industries that look set to be changed by 5G is the mobile sector itself.

Internet giants don’t rebuild the network from scratch every five to ten years but the telecom industry has been doing just that, an expensive and long process that requires spectrum allocation, licensing fees, regulatory permissions to install equipment and the purchasing and maintenance of proprietary gear.

The cost of building out 5G networks in Europe is conservatively estimated to be around $56.6 billion, according to the report prepared for the European Commission.

The good news is that 5G is software-based and will run on commodity hardware. “Since it is now software driven the next generations will not be advanced on a system but on a feature basis,” says Mischa Dohler, head of the Centre for Telecoms Research at Kings College in London and a former employee at the global telecoms operator Orange. “Therefore it will be much quicker to upgrade. I predict we will not have a 6G.”

In any case 5G looks poised to be the wireless broadband standard for the foreseeable future, and if analysts are right, embracing it will be necessary for any country, city or company that wants to gain the speed, scope and scale to take part in the Fourth Industrial Revolution.