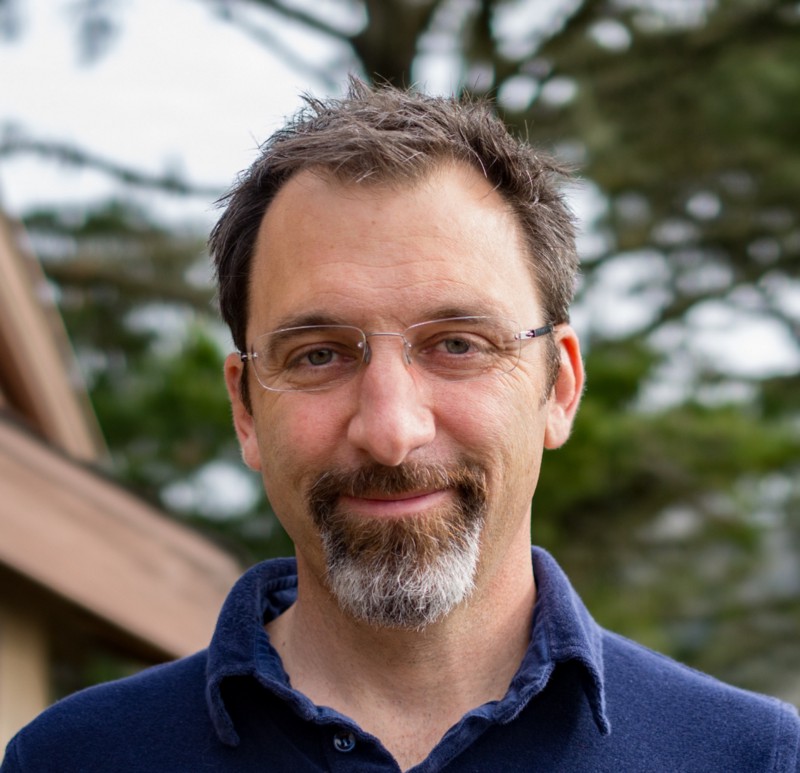 Maurice Conti, a designer, futurist and innovator, is currently Chief Innovation Officer at Telefónica’s Alpha, which is billed as Europe’s first moonshot factory. He and his team are responsible for coming up with ideas, prototypes and proofs of concepts that will go on to become full-blown moonshots that will affect a 100 million people or more and grow into impactful businesses.

Conti previously worked as Director of Applied Research & Innovation at U.S. software giant Autodesk. He has expertise in applied machine learning, advanced robotics, augmented and virtual realities, and the future of work, cities and mobility. He is a member of the faculty of futur/io, a new European education and research institute focused on exponential technologies and desirable futures.

Q: Telefonica has three well-established startup investment arms — Wayra, Telefónica Ventures and Amérigo — and, like other big corporates, is constantly developing new ways of approaching innovation internally. These efforts are primarily aimed at keeping the current business running and taking incremental steps in new directions. If I understand correctly Alpha is a radically different program. It is completely separate from the core company, staffed primarily by outsiders and its goal is to help Telefonica branch into entirely new high-impact business lines in future. Why did you move to Barcelona and accept what sounds like a pretty tough task?

MC: I was offered a chance to join a team with a mission to build projects that will impacts hundreds of millions of people, be a net force for good on the planet and that will grow into big impactful businesses. That’s a pretty hard calling to ignore.

MC: By our definition of a Moonshot, there are only two moon shot factories in the world: X (launched by Alphabet, Google’s parent company) and Alpha.

Q: How do you attract creative, entrepreneurial people to work for a traditional phone company?

MC: If you polled most of the people who work at Alpha I don’t think they would say they work for a big telephone company, but rather for a small, fast, scrappy, very clever startup that is exciting to be a part of. This is partly due to the fact that Telefonica has come up with a very clever business model. Alpha is not an in-house center of innovation excellence- which we have all seen ad nauseam. They don’t work. We have the benefit of Telefonica’s support (without which we wouldn’t exist), but our identity is Alpha. It’s what we live and breathe every day. That’s part of what helps us attract a whole different kind of talent. A few weeks ago we contacted this crazy musician/artist /hacker type and asked him to build a prototype — a VR thing. He was wary of even working with Alpha–we were almost too corporate for him. But we talked him into it by showing him we’re not just corporate types, we have plenty of eccentric brilliant weirdos doing really groundbreaking stuff. So he came in and after four, five days he built this truly awesome prototype that incorporated some off the wall ideas which might have never occurred to us. Here at Alpha we can attract brilliant people who have a choice in what they want to work on and are not interested in a big name brand or big paycheck. Most of the folks here are motivated by the opportunity to make a big difference in the world.

Q: How does the ideation process work at Alpha?

MC: The Ideation team’s mission is to deliver new moonshot ideas for board approval. Our board is comprised of Telefonica’s CEO (Alpha was his brainchild) and a balance of Telefonica executives, scientists and Silicon Valley innovators. We’re given time to develop ideas for new moonshots. If a moonshot is approved, Telefonica knows they may take up to a decade to become viable businesses, which means we can pursue challenges that are out of the reach of startups fueled by venture capital.

The Ideation process is like a linear funnel. In the beginning, there are a lot of concepts, very rough ideas and a lot of assumptions. We use different methodologies like science fiction futures and Worldbuilding to come up with several dozen candidates. At the end of this phase we reduce it down to between five and ten and double down on them with more resources and prototyping — not just developing gizmos but prototyping business plans, thinking about potential collaborations and partnerships, exploring the bleeding edge of the relevant technologies, and generally envisioning what the world with this thing in it would look like. During the process, we start decreasing the amount of risk or number of leaps of faith. We get down to three ideas and we go heavy and serious on all three, developing a robust business plan, market analysis and technology. If the moonshot is intended for a certain part of the world, we go there and meet the people who intend to use this technology and do ethnographic research. We also seek to get external validation from the world’s top experts. We look for the top two or three people on the subject to get their feedback. Usually the projects are so interesting that event these folks — the best in the world at what they do — are willing to give their time and energy. Then, at the end of the process, we go from three to the one candidate that is going to be presented to the board and we do two things: we do everything we can to prove it is a solid moonshot and then we do everything we can to kill it.

Q: What do you do to try and kill your moon shots?

MC: We come up with a list of killer questions. What are the dozen questions the answers to which could kill this moonshot? We spend a lot of energy trying to answer these questions. We build computer models of market and social dynamics. We put prototypes in front of future users. We challenge every assumption we’ve made in the process. We’re actually super motivated to kill the moonshot before presenting it to the board. No one wants to be working on something for the next decade that isn’t the very best idea we can come up with. Finally, we go before the board and tell a compelling story about how the world will be a better place with this moonshot in it, and how it could potentially change Telefonica’s business for the better. Generally the presentation to the board is relatively straight forward. The board asks some hard questions, but the conversations are always interesting. We have done our work — and the board –which has been privy to the entire process — shares in our excitement.

Q: What kind of moon shots can we expect to see from Alpha?

MC: We are not tasked with developing things like 6G (a new wireless standard). We’re here to solve some of the biggest problems facing society. We have no boundaries in the areas that we investigate so I’d say you should expect something big, audacious and, well, unexpected.