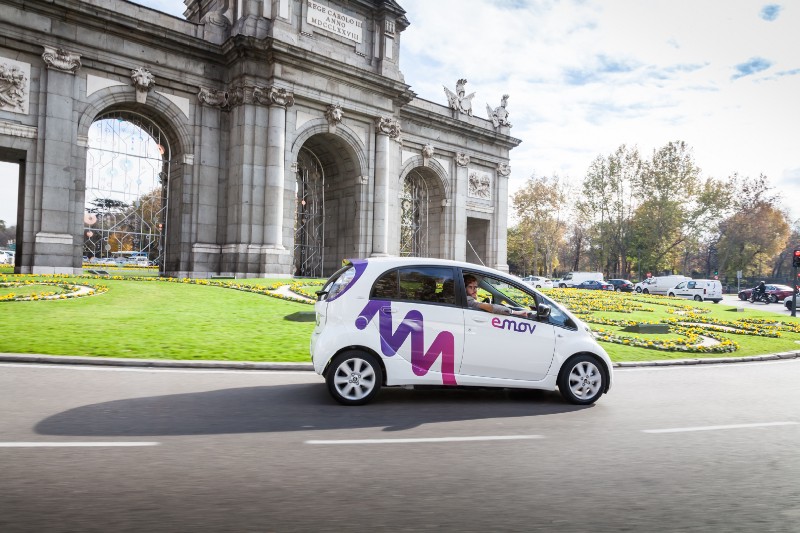 The company’s technology enables free-floating car-sharing services as well as a round trip carsharing platform that powers a dozen services in cities around the world. It also helps corporates create their own car-sharing services. And in future it plans to support the management of autonomous fleets of cars.

Vulog’s clients include Evo Car Share in Vancouver (the largest independent free-floating operator in North America with 1250 vehicles), emov in Madrid (550 vehicles) and GreenMobility in Copenhagen (450 vehicles), as well as Mevo in New Zealand and Urbano in São Paolo, among others. And Vulog CEO Greg Ducongé says the company will soon help partners launch a car-sharing service in China and a scooter-sharing service in France.

Vulog, which has offices in Paris, Nice, Vancouver, Toronto, and San Francisco, was launched in 2006, well before car sharing services became popular. The majority of its growth has taken place over the last three years. And it expects to see an even greater demand in the years to come.

“The way we move in cities will completely change,” says Ducongé. “When autonomous vehicles will become available there will be no reason anymore to own your own car. It will be much less expensive to call an autonomous car.”

In August the company raised $20 million in Series B funding with the participation of Frog Capital (UK), Inven Capital (Czech Republic), as well as historic investors Bpifrance (France) and ETF Partners (UK). The company said it will use the funds to grow its sales and marketing teams and further the development of its technology.

Ducongé says that unlike competitors the company has made a point of not taking money from an automaker. “We don’t want an OEM writing our road map. We want to be free to deliver a road map for all of our future customers rather than focus on the requirements of one customer who happens to be a shareholder,” he says.

Car sharing services like Autolib, which is run by the city of Paris, are linked to specific parking stations with charging stations. Users can book their parking spaces in advance. But that means that for every car there needs to be at least two parking spaces set aside, says Ducongé. “The way we see the market going is free floating car sharing. An operator will have hundreds of cars in the city and be fully flexible about where people can leave the cars. With your smartphone you will be automatically able to select the nearest car, unlock it with your phone and park it wherever you like in the city. “

That said, in cities with high density of cars where it is hard to find parking the operators will have to set aside some reserved spaces, he says.

Most electric cars today can go up to 40 kilometers without recharging so cars really only need to be charged every few days. “That means you don’t have to have charging stations all over the city,” says Ducongé. “When a car needs to be charged you can issue a voucher to the driver to give him or her an incentive to go to a charging station.”

“The traction of this kind of service is incredible,” says Ducongé. “In Madrid in 2017 a service was launched with 500 cars and within 90 days there were 100,000 registered users. People love this kind of service because it is very flexible, very cheap and you pay as you go — its 24 cents per minute — plus its greener.”

Ducongé says he believes a growing number of corporates will want to manage their own fleet sharing services. These cars could then be rented out to consumers who want to go on weekend trips.

“We are going to see more and more car-sharing around us,” says Ducongé. “Today it is still a niche market but it will become a mass market.” He believes that new Uber-like services will emerge in which drivers rent their vehicles from car-sharing services and then charge a premium to people who may have gone out drinking or simply don’t want to have to drive home after a late night out. He also believes that car-pooling services will emerge inside cities.

And once commercial autonomous vehicles are on the road it will be possible to segment dynamic services, providing shuttle buses, based on demand from people.

“Our mission is to reduce the place of cars in cities,” says Ducongé. “We want to help create greener cities where there is more space for people and less space for cars.”