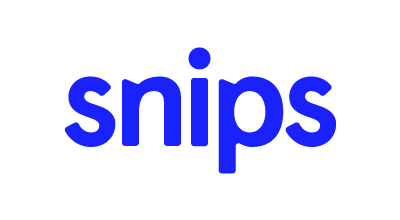 Snips, an AI platform that enables hardware companies to add voice capabilities to their devices, targets businesses who want direct relationships with customers rather than being dependent on existing ecosystems like those being created by Amazon, Apple and Google. Customers include automaker Renault-Nissan.

The Paris-based company, which launched in 2013 as an AI research lab and raised a $13 million venture capital round in June, enables designers to embed AI-empowered voice assistant services in hardware devices ranging from set-top boxes to automobiles

Snips’ technology is open-source and runs fully on-device rather than connecting to a cloud platform, reducing operational costs while guaranteeing privacy and giving hardware makers an alternative to Google’s Home and Amazon’s Alexa, says CEO and co-founder Rand Hindi.

Unlike Google and Amazon, Snips’ platform is not dependent on collecting massive amounts of data from users. “This is not only the right thing to do ethically, it is also the only way to comply with the upcoming European regulation on privacy, the GDPR (General Data Protection Regulation passed by EU legislators to strengthen and unify data protection for all individuals within the European Union), “ Hidni said in a recent blog posting. “Frankly, any company who wants to do business in Europe after May 2018 will have to follow Privacy by Design principles. It doesn’t matter if it’s an American, European or Chinese company; if they want to offer a product in Europe, they will need to offer Privacy. As the only Private by Design Voice platform in the market, we are also the only solution to guarantee GDPR compliance. Use cloud-based voice providers at your own risk!”

Voice is expected to dominate as a user interface and become the next billion-dollar computing platform, surpassing mobile phones and apps. So Silicon Valley tech companies are now all racing to build AI-powered voice platforms. Snips claims that a recent benchmark study shows that its technology can largely outperform every major platform at Natural Language Understanding tasks for custom intent creation, including Amazon Alexa, Google API.ai, Facebook Wit.ai and Microsoft Luis.ai.

But competing against Silicon Valley giants won’t be easy, acknowledges Hindi, which is why the French company raised another $13 million in June, bringing total funding to $21 million. Investors in Snips latest round include MAIF Avenir, BPI France, and Eniac Ventures.