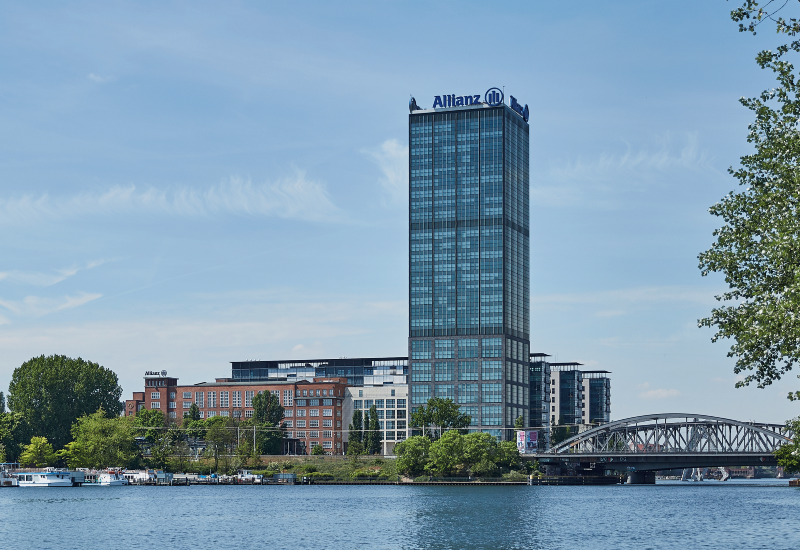 A man’s Canada Goose parka — worth $979 — was stolen on a freezing December night from a New York City restaurant. When it didn’t turn up after several days he entered the details into a mobile app provided by his insurer, a startup called Lemonade founded by two Israelis. The process took only a few minutes and required zero paperwork. Then a “bot,” a computer software program able to communicate with humans using artificial intelligence, sprung into action.

It took a total of three seconds for the bot to review the claim, cross-reference it against the policy, run 18 anti-fraud algorithms, approve it, send wiring
instructions to the bank for the transfer of $729 (the policy had a $250 deductible), and inform the client that his claim had been processed, according to Lemonade’s blog. It is just one example of how “insurtech” startups using artificial intelligence are disrupting a multi-trillion dollar industry that hasn’t changed much in hundreds of years. Lemonade, which is currently focused on the U.S. and has raised $60 million from the likes of GV (formerly known as Google Ventures), the Silicon Valley venture firm Sequoia Capital, General Catalyst and Ashton Kutcher’s Sound Ventures.

Lemonade is among 173 insurtech startups that raised a total of $1.69 billion in 2016, the second consecutive year investment dollars to the space topped $1 billion, according to research firm CB Insights.

Investors in insurtech startups include tech giants like Google, Baidu, Tencent and Rakuten as well as venture capitalists. But traditional insurance companies are also backing, acquiring and partnering with startups targeting their sector.
For example in April, Allianz, which serves more than 85 million customers
in more than 70 countries, announced that it was making a strategic investment in Lemonade. The deal is part of the insurance giant’s digital transformation strategy, says Solmaz Altin, the company’s chief digital officer.

While insurers like Allianz, Generali and Axa have started investing in tech
startups, the reinsurers Swiss Re and Munich Re and their subsidiaries have
been busy making their own moves. Swiss Re launched the InsurTech
Accelerator in India while Munich Re has sponsored the accelerator Plug
and Play’s Silicon Valley-based insurance and Internet of Things programs
and an accelerator in Spain called MundiLab. Munich Re has also invested
in several startups through its corporate venture arm and, in addition to
Lemonade, is an underwriting partner to the startups Trōv, Simplesurance
and Slice.
Meanwhile, 21 companies including Allianz, Lloyds Banking Group, Munich
Re, Scottish Widows, Swiss Re, Route 66 Ventures, Talanx and Italy’s Intesa
SanpaoloandUnipolSaihavepartneredwiththeLondon-basedStartupbootcamp
Insurtech, a global accelerator focused on insurance innovation founded in 2015. Last year about 20% of the startups chosen to be in Startupbootcamp
Insurtech’s cohort used artificial intelligence in their offerings. This year almost all of them do, says Sabine VanderLinden, the accelerator’s managing
director. The reason? She says that AI gives insurance companies the chance to draw meaningful, actionable insights from massive amounts of structured
and unstructured text, audio, video and sensor data, helping them to better
understand their customers, cut costs, detect fraud andmakebetter predictions
about things like weather patterns and catastrophic events. Lemonade uses
both AI and behavioral economics to get better insights, says Daniel Schreiber,
the startup’s CEO and co-founder.

“AI analyzes data, while behavioral economics analyzes people and their
behavior,” he says. “Insurance benefits from both: data can help determine
patterns, helping predict loss patterns,risk and pricing. Behavioral economics
helps structure a product that is un-conflicted and brings out the best in people. The combination is powerful: aligned interests remove any motivation
for not paying claims and checks the inclination to defraud an insurer. That
lowers the need for artificial intransigence and cumbersome paperwork,
clearing the way for AI to take over the underwriting and claims process.
The upshot is a process that is far more seamless, instantaneous, trusting
and trustworthy.”
An Ernst & Young survey of 24,000 people in 30 countries found that
customers trust insurance companies less than banks, supermarkets, carmakers and online stores. Low trust and high turnover signal serious relationship issues. If insurance companies want to attract and retain millennials they have to go digital, develop new business models and offer better, more personalized service. Many insurers are already in the early stages of using AI to enhance and personalize the customer experience, notes PwC in its 2016 report on “AI in Insurance.”
Bots are one way of doing that, so insurance companies have started using
them to sell policies and process claims. Instead of asking customers to fill
out online forms, bots try to respondto a customer’s needs throughconversation, enabling greater levels of personalization and the introduction of automated underwriting based on dynamic data rather than old-fashioned actuarial spreadsheets. AI is also impacting claims processing time and costs. Lemonade’s ability to review and pay a claim in less than three seconds with the help of its AI bot is “significant,” Stephanie Roy, Director of Insights at Mintel, a market research firm, wrote on her blog. She explains that some 83% of customers say the quality of claims handling is key in choosing whether to stay with an insurance company.

Traditional insurance companies are getting the message. Tokyo-based
Fukoku Life Insurance Mutual Company is replacing 34 human insurance
claims workers with IBM Watson Explorer AI technology, which can analyze
and interpret all types of data, including unstructured text, images, audio
and video. The AI will scan hospital records and other documents to determine insurance payouts, factoring injuries, patient medical histories and procedures administrated. Automation of these research- and data-gathering tasks is expected to help the remaining human workers process the final payout faster, improving productivity by 30%. In April, Zurich Insurance announced that it is deploying AI in deciding personal industry claims after trials cut the processing time from an hour to just seconds. And in May the UK insurer Ageas said it had begun to use AI to help monitor and process customers’ car repair claims. AI will also more frequently be used instead of human licensed agents to offer customers advice about protection and financial products.

The Future Will Be Automated

“Because of the increasing sophistication of its decision-making capabilities
AI soon will improve target prospects in order to convert them to customers,
refine risk assessment and risk-based pricing, enhance claims adjustment and
more,” concludes the PwC report. “Over time as AI systems learn from their
interactions with the environment and with their human masters they are
likely to become more effective than humans and replace them.” Advisors,
underwriters, call center representatives and claims adjusters are at risk of
having their jobs wiped out, the report continues. But if insurance companies
play their cards right their businesses will endure.
Much depends on how willing insurance companies are to use AI and other
technological advances and work with startups to differentiate their offerings.
“Over 85% of the companies in the Fortune 500 in 1955 are gone today,” notes VanderLinden, Startupbootcamp InsurTech’s managing director. “If insurance companies continue to close their eyes to the currentmarket shift they might be next.”